A police officer arrives on the scene to reports of teenage girls trying to stab other girls. Nine seconds after opening his car door the officer draws his gun as the perpetrator chases a girl while trying to stab her. Two seconds after that he fires his first shot as she winds up to stab a different girl. Four shots are fired in two seconds and the perpetrator is on the ground with a knife by her side. That is how fast things happen in real life.

It’s tragic, but everything I see in this video indicates it was a legally justified use of lethal force. Yet we have people saying things like this: 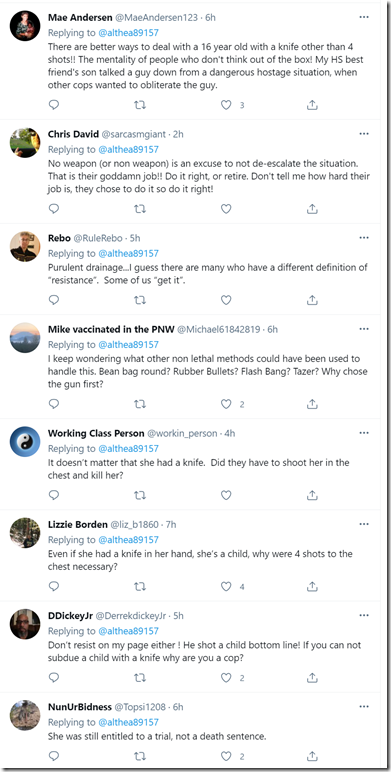 Are these people just ignorant? Or are they evil? It’s difficult to decide given the current data. Regardless of the correct assessment of this set of people (and millions of those who have similar attitudes) I don’t want them in my neighborhood or even in the same state. They are seriously messed up.