According to Daily Mail REVEALED: Biden’s nominee for ATF head is an anti-gun lobbyist who was at the Ruby Ridge standoff and Waco massacre – and lied about cult members shooting down helicopters.

The picture below is from the article. I’ve also seen this image several other places (here for example—H/T to John S. for the email): 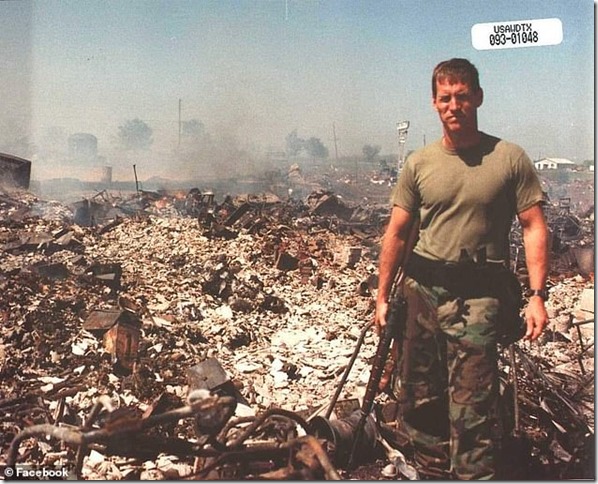 That is the smoldering ashes of the Branch Davidian compound in Waco Texas and 76 of its residents in the background. It takes a special type of person to pose in front of that.

That he also apparently played a part the murders of innocent people at Ruby Ridge should make it clear what type of agency President Biden wants the ATF to be.