Communists will be communists and do what communists do. The following newspaper clippings came from my hometown paper of almost 104 years ago. Via Brother Doug: 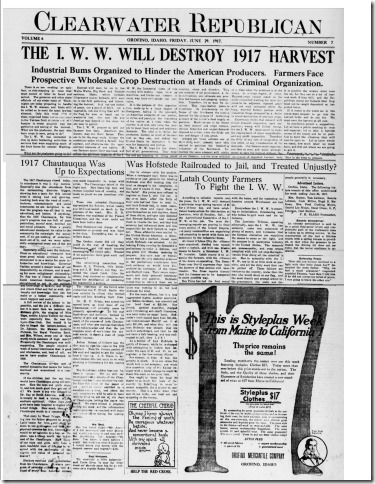 Click on the picture to get a high resolution image that you might be able to actually read. Or better yet, download it and open it in something you can enlarge it still more.

This was my great grandfather’s response: 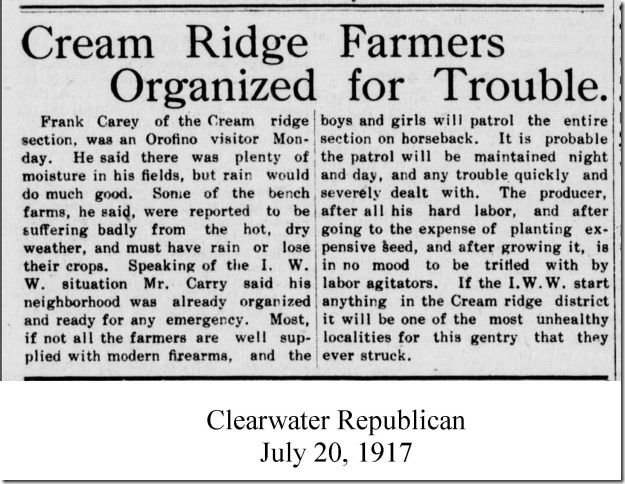 As Brother Doug pointed out (I would add cities to the list of things they want to destroy):

The leftists were just as destructive 100 years ago as they are today.
Back then they wanted to burn the crops.  Today they want to destroy the dams.  “IWW” stands for Industrial Workers of the World.  Grandpa Carey said, “boys and girls will patrol the entire section on horseback.”  His oldest son was only 16 at the time.  His oldest daughters, Ada, 23, Sadie, 20 and Pet, 18, were likely part of the patrol.

Sadie was my grandmother. At that time she, Ada, and Pet owned the land where Boomershoot is held.

4 thoughts on “Some things never change”