It was almost 13 years ago I said I wanted this: 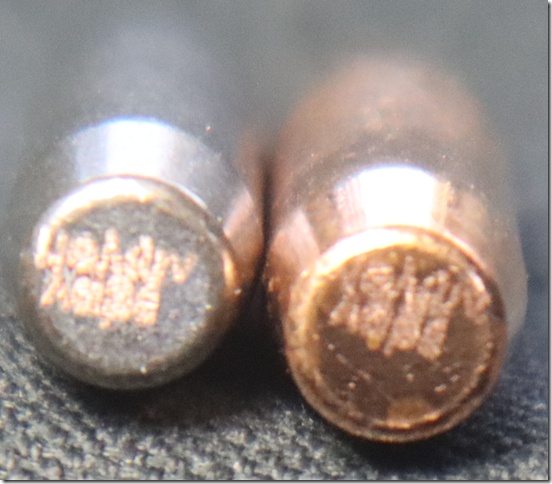 A friend with a laser engraver made the above samples for me.

In some respects it would be better if the message were engraved on the ogive of the bullet rather than the base. You could then see the message after the bullet is loaded.

Of course the acquaintances of the bullet recipient would be less likely to get the message than if the message were on the base. It all depends on your end goal. Either is possible. And in production the message would be far better centered.

My friend is contemplating engraving messages on bullets as a service. Is there any interest out there?

Because of the number of bullet manufactures, styles, calibers, and weights you would select and purchase your bullets from your usual supplier, then pay for shipping in both directions as well as a fee for engraving.