Bellevue Mayor Lynne Robinson has declared a civil emergency in the city and signed an emergency order prohibiting weapons in the downtown area where demonstrations from multiple, opposing groups were reported. The Mayor is authorized to “proclaim the existence of a civil emergency whenever a riot, unlawful assembly, or other hostile action, or the imminent threat thereof, occurs in the city and results in or threatens to result in the death or injury of persons or the destruction of or damage to property to such extent as to require, in the judgment of the Mayor, extraordinary measures to protect the public peace, safety and welfare.”

The city has also requested further law enforcement support from surrounding jurisdictions to maintain safety and order for the groups demonstrating and the public. Residents and visitors are advised to avoid the area. 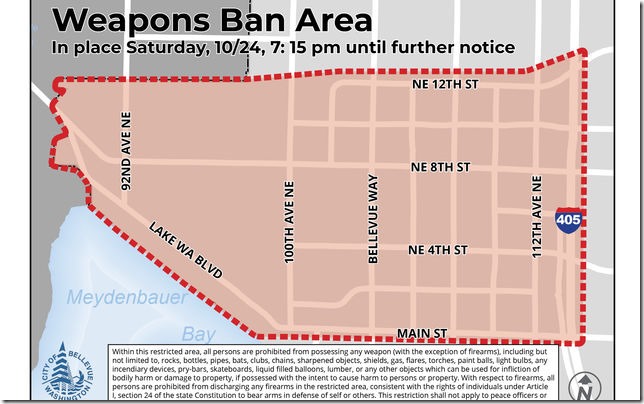 6 thoughts on “Bellevue warming up”