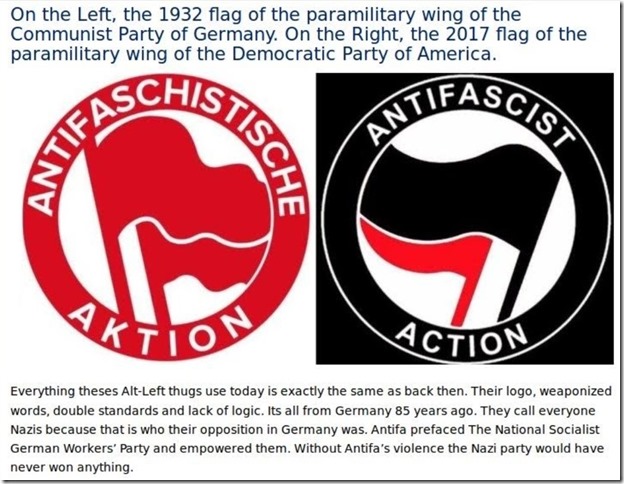 I looked around some to try and verify the claims. I couldn’t find a flag for the Antifaschistische Aktion but I did find a German 1932 poster: 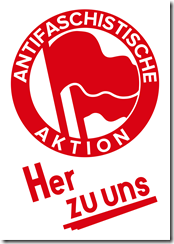 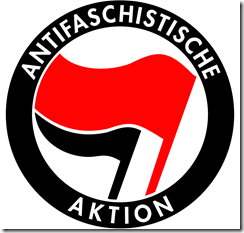 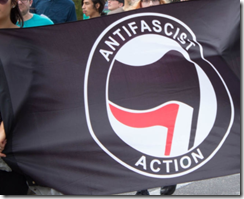 The first two sentences in the image at the beginning of this post appears to be correct. I have not tried to verify the second paragraph from the image. But it would appear that if it is true, and history runs essentially the same course, then the Democrat Party of America will be crushed by American Nazis.

That seems to be unlikely at this point. If strong opposition to Antifa forms it would seem to be more likely it is a mainstream majority demanding “law and order”.

Regardless, we live in interesting times. Day zero is four weeks away.