I recently received an offer from Craft Holsters for a free holster if I did a review of the holster. I know someone with a Ruger SR40 and no holster for it so I asked to receive one for that gun. They promptly shipped the holster from Slovakia and I received it a few days later. 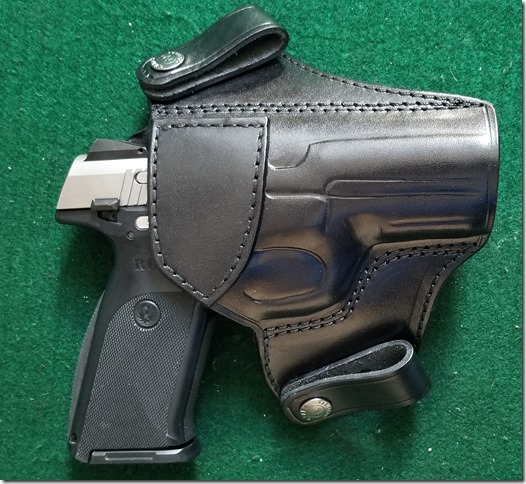 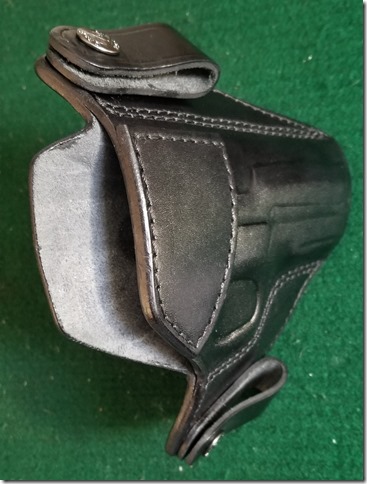 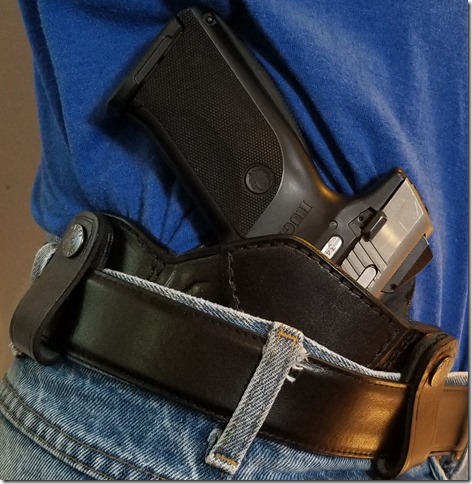 It’s a really nice looking holster. It’s very solidly built and comfortable to wear. The gun fights tight and there was no worry of the gun falling out even if were to be turning somersaults or some other vigorous activity.

At the range I drew and fired probably a dozen times. Three of those times the rear snap popped loose. This allowed the holster to rotate forward increasing the cant to the point I couldn’t easily remove the gun from the holster. I wish they had used directional snaps:

Directional snaps, as seen in the two images above, require that you hook one side of the snap over, then push down on the other side to secure it in place. To unsnap it you must pull up on the side you pushed down when fastening it. It will not unfasten, without breaking, from pressure on the other side. In a holster the nondeliberate forces on the snap always come from the bottom side. Properly installed, the directional snap will prevent the problem I had with it coming unsnapped during the draw.

That said, after some use the friction decreased and I no longer had the problem. Still, I would worry about it happening again at the least opportune time.

One other concern I had was that holster covered up the magazine release. Other holsters I have do not cover it up:

With an exposed magazine release I can take an empty gun, put a full magazine in it, rack a round into the chamber, put the gun in the holster, remove the magazine, and top it of with another round, then put the magazine back in the gun while it is still in the holster.

Enough of my whining. Here are some things I really like about the holster.

Each of the two fastening straps can be put in three different positions:

This allows you to change the height and/or the cant of the holster.

The extra layer of leather near the mouth of the holster keeps the mouth open after the gun is drawn such that you can always reholster with one hand and not be wiggling the gun around to work it into the holster. You can keep the muzzle at a proper angle such that you aren’t going to explode a kidney if you manage to do something stupid with your trigger finger during the reholstering process.

The holster has a 5-year warranty.

Here is a video made by Craft

You should give this holster serious consideration. You get a good quality holster in the the comfort of leather for a great price. The also have other types of holsters for the Ruger SR40.