There are times when it’s difficult to believe this is not some sort of slow motion dystopian nightmare:

Hundreds of protesters camped outside City Hall are demanding that lawmakers slash the New York City police budget by $1billion.

The protesters are part of a national ‘defund the police’ movement seeking more spending on other needs like housing and education and say they won’t move until they see a budget cut.

It comes as violent crime in New York City skyrockets, with June now on track for the highest number of murders in a month since 1996. 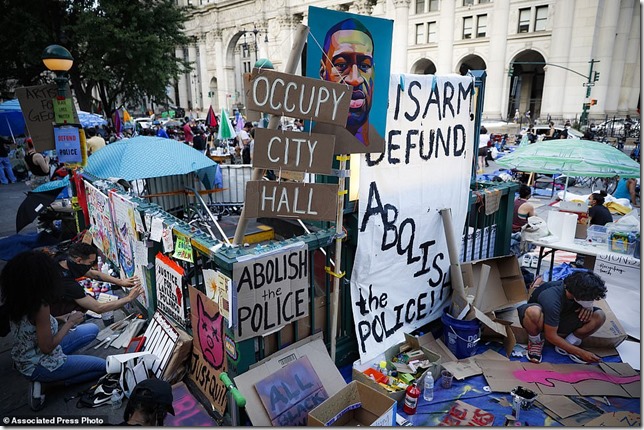 These cities are rapidly becoming uninhabitable. It’s a mass insanity which I can only see ending by either the adults taking charge or a culling of the herd as they, in essence, volunteer en masse for Darwin awards by destroying their own habitat.

It’s all so surreal.

There is an insight to take from this. Places outside of ground zero of this insanity will likely soon need protection from the mobs. There’s going to be a lot of experienced cops looking for jobs. And I’ll bet they are going to be friendly to gun owners willing to back them up.