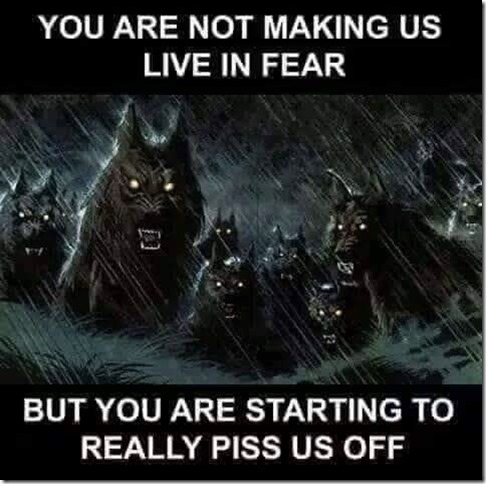 There is more than a little truth in this.

In contrast to the above read:Grace Canceled: How Outrage is Destroying Lives, Ending Debate, and Endangering Democracy by Dana Loesch:

If you have watched any of her NRA videos you might wonder, “What contrast?”

She claims she has been working on taming her inner beast (not her words).

I really liked the subtitle of the book and while I thought her previous books I had read were a little bit simplistic I found them spot on with the facts and having some good points to take away. I should have had a clue with “Grace” in the title that there was a going to be a lot of religion in the book. As an atheist I found the religious basis for her thesis a little annoying. But I found I could agree with most of her conclusions without agreeing with the path she arrived at them.

Extrapolating a bit beyond her stated conclusions I arrived at the take away, “Getting angry and matching the enemies of freedom with tit-for-tat isn’t the best approach.” It’s not good for our psychological wellbeing and it’s not good for our cause. We have the law and the police on our side. It may seem to be a longer path but with all things considered it may not be. Don’t let them make you angry. Any action you take should be with a cool head. Your actions will be judged by others with cool heads.

3 thoughts on “Not living in fear”