For our first year anniversary (wedding pictures here) last February we went to Kailua-Kona Hawaii. It was the first time in Hawaii for me. I wanted to wait until their stupid gun laws allowed me to carry but Barb did such an awesome job bargain shopping that travel, lodging (in a nice condo), and meals for the week came in at under $1000 (IIRC) that I decided it was worth sacrificing my principles.

It wasn’t quite what I expected. I expected numerous huge beaches. I expected jungle like forests. I expected flowing lava and blobs of red hot rocks flying through the air. I was wrong.

That doesn’t mean we didn’t see and do some really neat things. We did. The high point for me was walking across a volcanic crater. This crater:

You can see the trail going mostly horizontal and bisecting the crater. Here are some of the pictures we took from ground level.

The morning started out fogging and wet. We expected we would get soaked and Barb, as you can see, wore rain gear.

As we walked along the trail approaching the path to descend into the crater the fog gradually cleared and we made it to the bottom of the crater we were able to see far enough to make it interesting:

As we walked the air became more and more clear and the terrain more interesting.

In the picture below, notice Barb walking on the right side of the picture to get an idea of the scale. 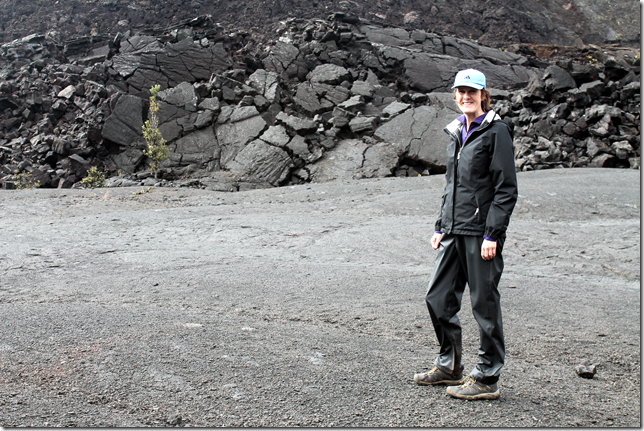 The piles of rocks were to mark the trail. 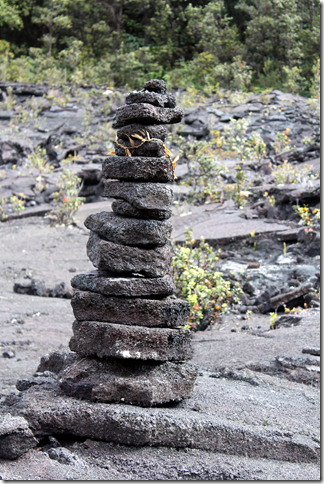 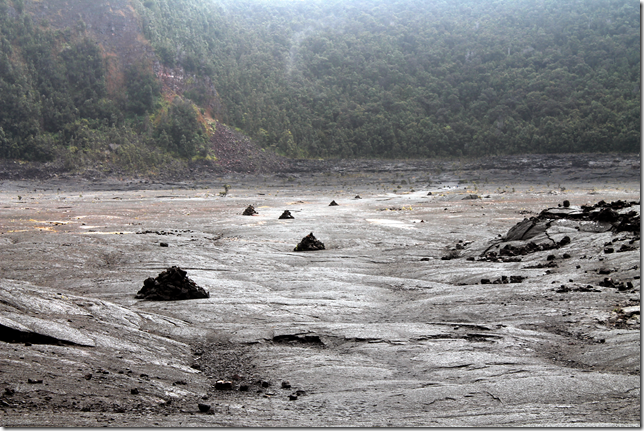 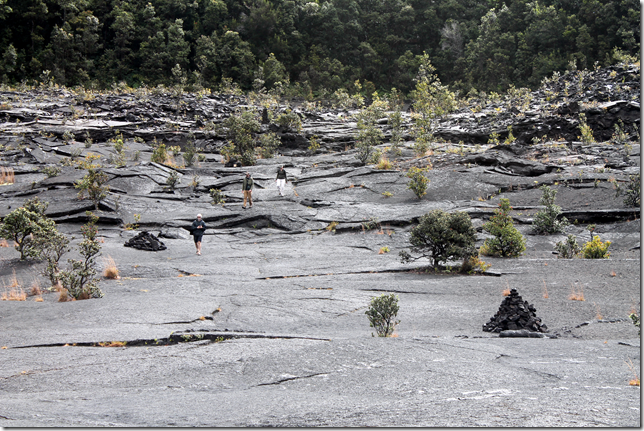 By the time we left the crater, about 11:00 AM, the trail was getting busy: 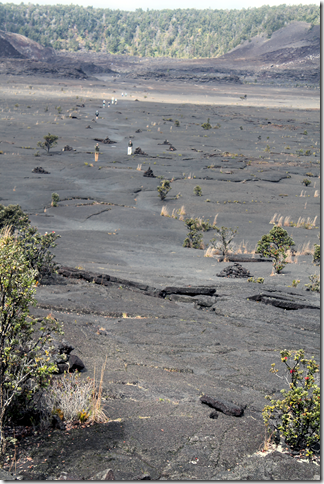 The picture below is after we climbed back out of the crater and were following the rim trail back to our car. Again, you can see the trail we walked cutting diagonally from the lower left to the upper right across the picture.

4 thoughts on “Walking across the crater”