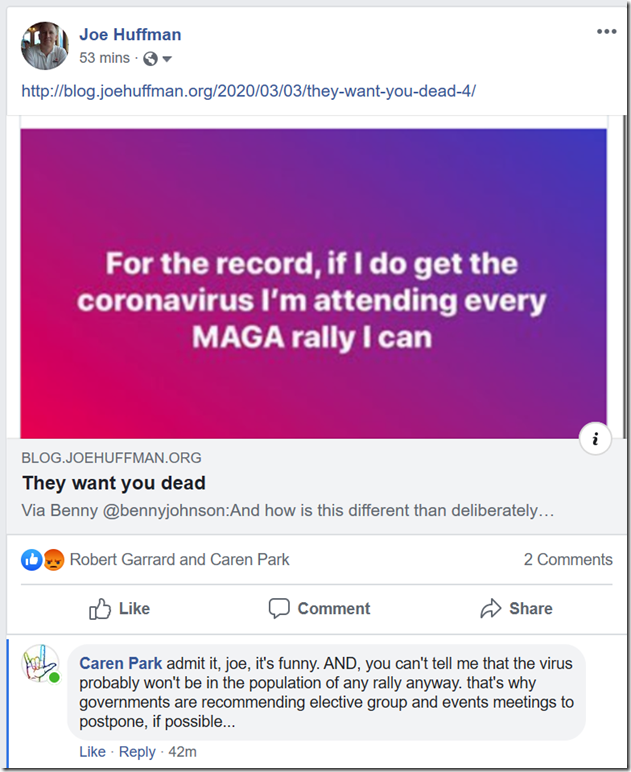 About three hours later Caren’s comment, my response to her, and Kathy Jackson’s response are all inaccessible to me.

My response to Caren:

I don’t see someone saying they will deliberately attempt to infect others, of any demographic, with any deadly disease as funny.

Would it be funny if they said they were going to attend every LGBT rally they could? How about someone with HIV deliberately having sexual contact with people for the purposes of infecting them?

Sure, there are going to be people at any event that don’t know they are carrying a contagious disease. But that is a much different thing than doing it with the intention of harming others.

I’ve known Caren for over 35 years. We’ve always had differences in political leanings. But never, that I recall, difference of substance regarding basic human decency.

The politics of this country have skewed peoples thinking several standard deviations away from what I have perceived the norm to be.—Joe]

3 thoughts on “Quote of the day—Caren Park”