A couple days ago a coworker was talking about things “the kids these days” wouldn’t recognize. One of the things he mentioned was rotary dial phones. Or even just desktop phones in general. These days a phone is a thin rectangular object you can put in your pocket and many young people would not make the connection between what they know as a phone and what a generation or two earlier knew as phones when they were growing up.

I one upped him by telling about the phones we had at the first two houses I remember living in. Here are those houses with me in front of the first house: 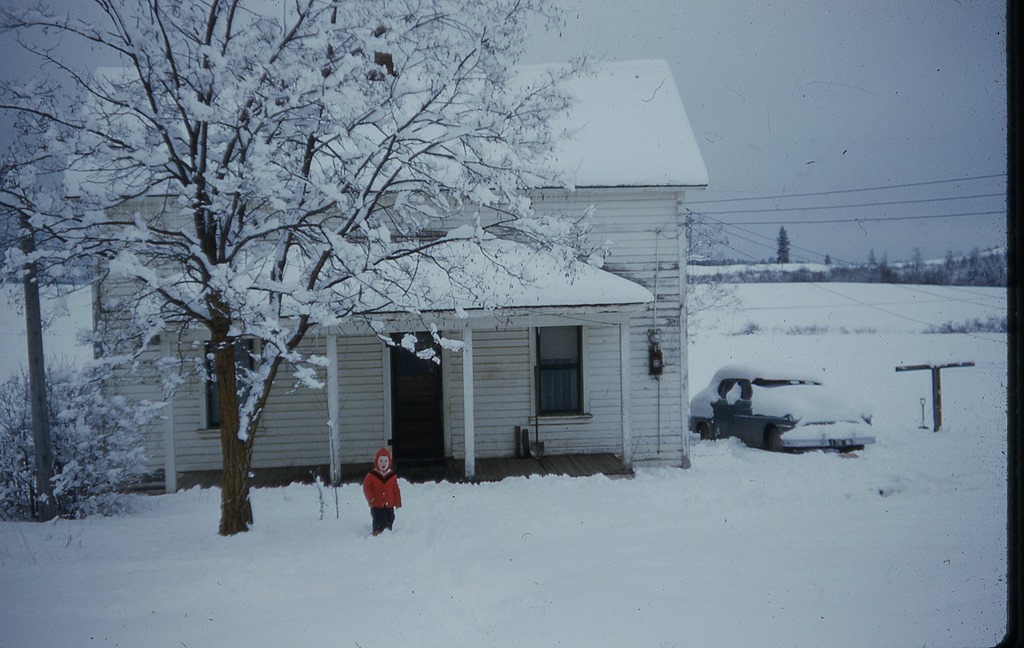 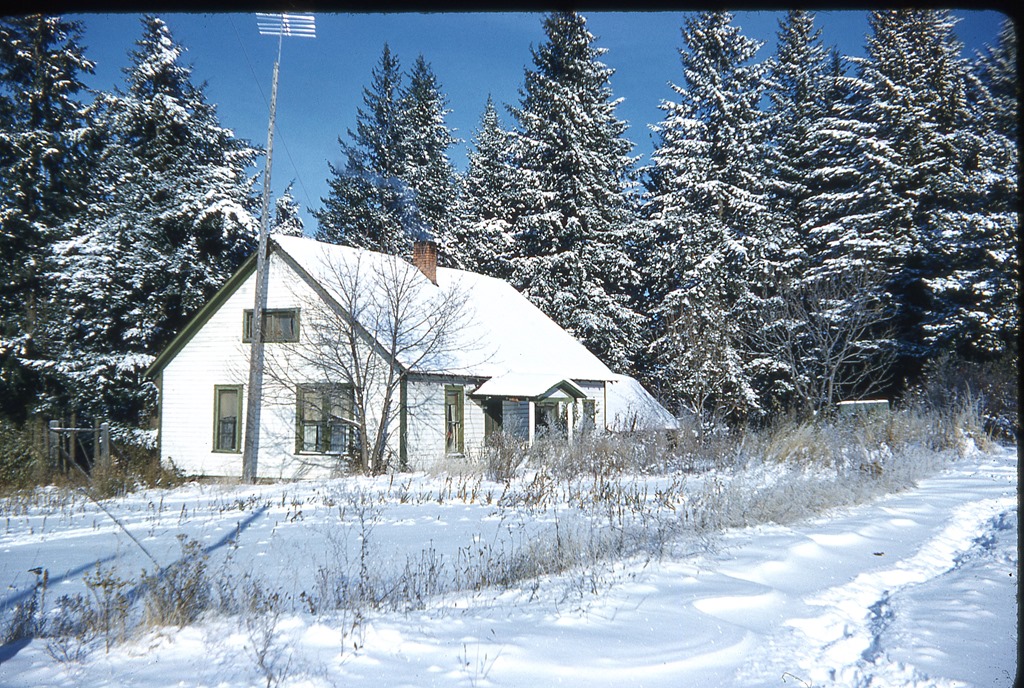 Here is the type of phone: 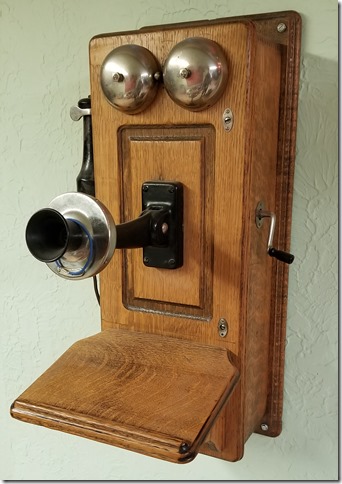 This picture is from Christmas Eve about a month ago at brother Doug’s place. The phone from my childhood is in brother Gary’s house a hundred yards away from brother Doug. Until a few years ago the phones were connected and working. There is still a similar phone in the shop between the two houses. Sometime in the last couple of decades an underground wire broke and the Huffman phone network went down for the last time when it wasn’t worth the effort to find the break and fix it.

And as late as when I was in high school there were other phones of this type on our local phone network in my two grandmothers mobile homes which were also on the property.

One of the stories I told my coworker about these phones is that these type of phones were the only type phones available at our house until I was in the third grade. We upgraded to a rotary style phone.

Mom and dad thought the older phones worked just fine and objected to the price increase (it went from something like $3/month to $5/month). They did without a phone for a year in protest before getting a new phone. It was still a party line where you had different ring types to distinguish between calls to your phone and calls to your neighbor. Our ring with both the phone type you see above and the first rotary phone was three shorts. Later there were party line phones with band pass filters for the ring signals and unless your phone used an adjacent ring frequency and the filter wasn’t that good you couldn’t hear the incoming ring for your neighbor. But if the frequency was adjacent and the filter wasn’t doing its job you could hear some vibration from the ringer and maybe a anemic “ding” or two when the call was intended for your neighbor.