The police of a state should never be stronger or better armed than the citizenry. An armed citizenry, willing to fight, is the foundation of civil freedom.

Robert A Heinlein
1942
Beyond this Horizon
[This is the same character in the same book which made this famous quote. 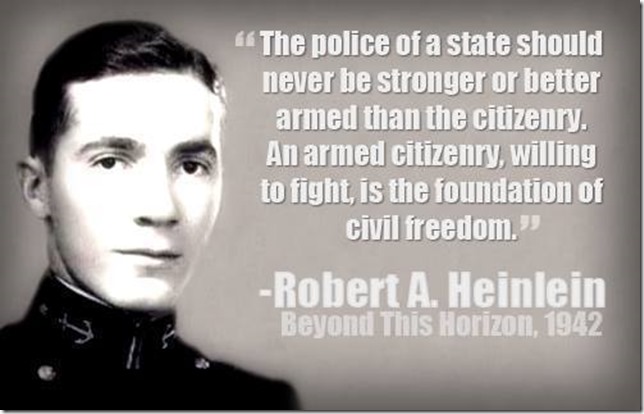 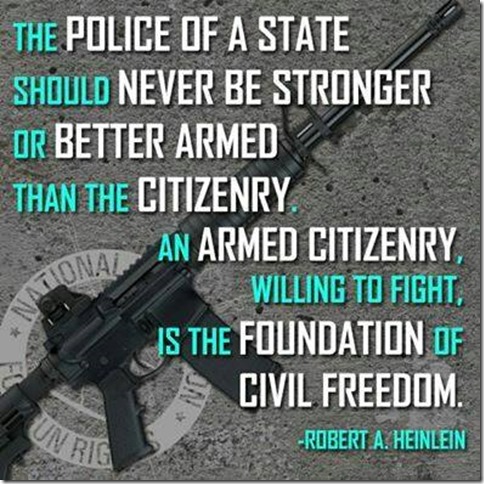 This should be intuitively obvious to the most casual observer of the 20th Century. But somehow many people have not done much observing and/or have no interest in civil freedom.—Joe]

1 thought on “Quote of the day—Robert A. Heinlein”