I couldn’t find Ballistics Coefficients on the Black Bullets International web page so using data from my chronograph over the range of 0 to 25 yards I made some estimates for the .40 caliber 180 grain and 200 grain bullets.

I’m a little skeptical of this although I suppose it could be possible. The two bullets look like this with the 180 grain bullet on the left. 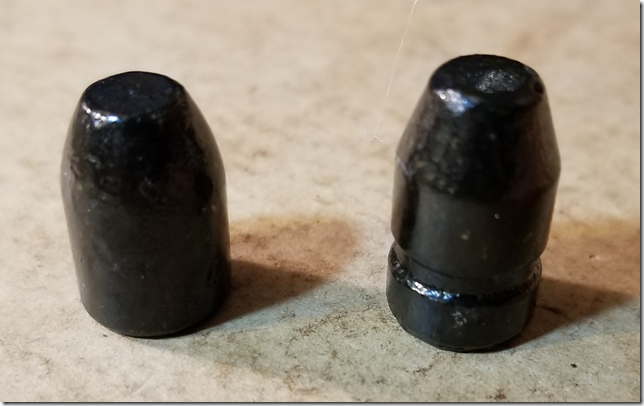 The lube groove on the 200 grain bullet may increase the drag enough to account for the unexpectedly low BC.

Does anyone else have data that verifies or refutes my estimates?