As I reload almost all my centerfire pistol ammo I have not paid much attention to new ammunition. Hence, even though it has been out for at least three years, I had not heard of Federal Syntech Action Pistol until about 10 days ago when I got this email:

My name is McKenzie, I’m a fellow USPSA shooter (though not a very good one — haha!) and I also work for TargetBarn.com. Your post the other day about the Segway shooter had me cracking up and wishing my club had better footing for some Segway shenanigans!

I’m sure you’ve heard about the relatively new Federal Syntech Action Pistol line, which is the USPSA’s official ammo. It is on USPSA’s Certified Match Ammo list, with the .40 and .45 flavors meeting major PF. It’s been a huge hit among our customers so far and there are always shooters using it at my local match.

Now I know you load your own rounds, but I wanted to see if you’d be interested in trying out some of the Syntech Action Pistol. I’ve enjoyed reading your insights on your own loads, and thought it would be interesting to hear how you think this line stacks up, especially since it’s touted as a major PF load.

If you’re interested, I’d be happy to send some out to you. Of course, there’s no pressure and no worries if you’re not interested! 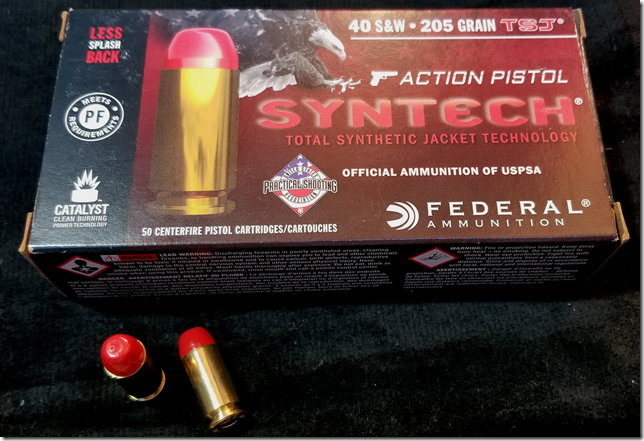 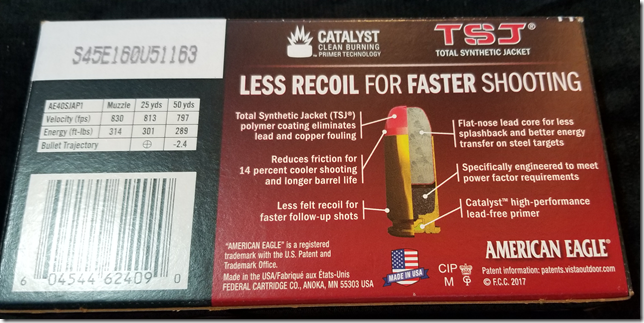 I took it to the range yesterday and shot it through three different STI guns. I fully expected to see some keyholing at more distance ranges. I also expected it to be marginal in Power Factor for one of the guns. One gun, with the same length barrel, consistently gets lower velocities than the other two.

These are a little hotter load than what I normally shoot for Major Power Factor. With such consistent velocities I would not run these hotter than a PF of 170. But these guns all had barrels five inches long. If you were using a gun with a shorter barrel you would want the extra powder in these load to make sure you were reaching Major PF velocities. But even with the greater PF there was no significant difference in recoil from a new load I was test with a PF of only 168.5.

There was no keyholing. I put five rounds though each of the guns at a 25 yard target. Here are the results: 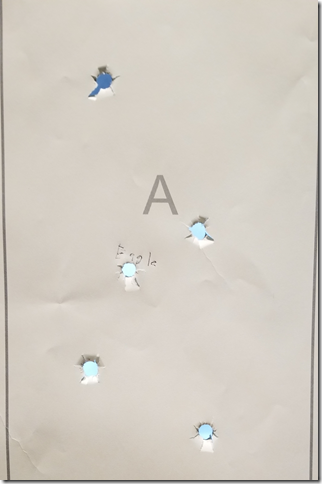 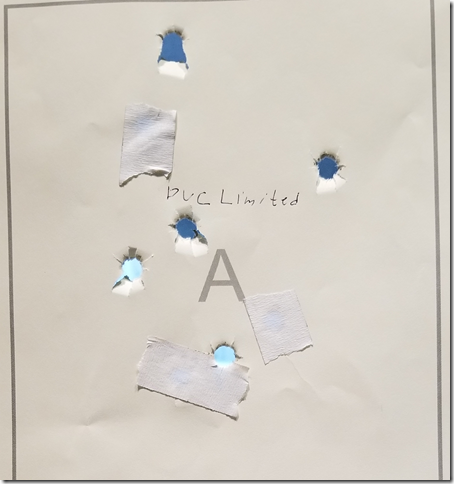 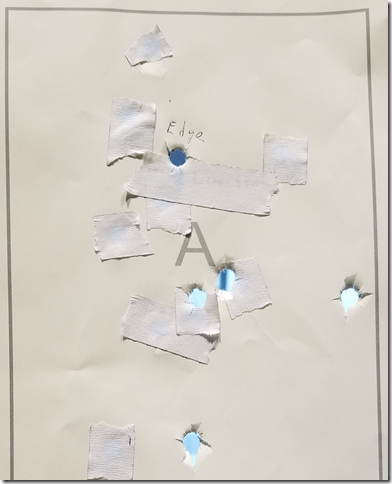 The accuracy was as good as my handloads. These are the 20 shots fired for velocity testing at a range of 10 yards. Some, or perhaps all, of the flyers were shooter error. With this many rounds I could feel some fatigue during the strings. 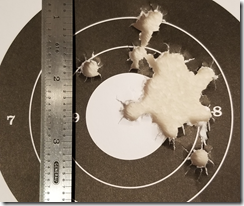 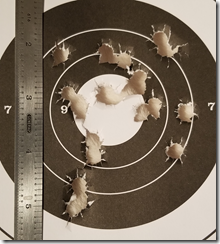 The Eagle has never been as accurate as the other two and I don’t blame the ammo for the greater dispersion.

Today, I shot several USPSA stages at the Renton Fish and Game Club with the Federal ammo. I was pleased with how the ammo performed. No complaints at all.

Here are some videos from Federal on their ammo: