Yet, you want me to disarm myself and trust that you can keep guns from criminals? 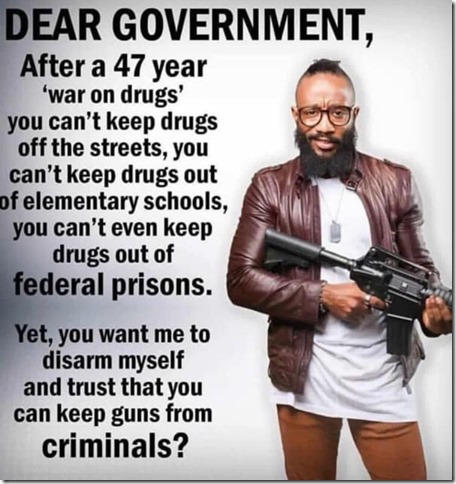 ernest ortega @designbypipe
Tweeted on September 13, 2019
[It’s possible someone else came up with this but the only time I have seen it was when ortega posted it.

The government also hasn’t been able to keep guns out of prisons.

But a more important point is that politicians who desire to disarm us know all this and don’t care. Disarming criminals isn’t their primary goal. They want ordinary citizens disarmed. They intend to change the relationship from citizen and public servant into subject and ruler.—Joe]