Almost exactly a year ago Vic brought me a new shooter and I taught him to shoot a handgun and did some coaching for Vic. Then last Friday Vic brought his wife and two daughters to the range so I could teach them to shoot. Four shooters is more than I really wanted because with the range reserved for only two hours there wouldn’t be enough time to get them all through the usual material.

But, I did my best and got them through the basics with a .22 pistol (both suppressed and unsuppressed), .22 revolver (both single and double action), and we had just enough time left for each to take make a single shot with the .40 S&W.

I did the usual explanation of grip, stance, sight alignment, and sight picture,  then had them dryfire until things looked solid. I added live ammo and they started punching holes in the paper from 10 feet away.

They all did well after some minor adjustments. The primary adjustment was in which hand to shoot with. All are right handed but Vic’s wife and one daughter are cross eyed dominate. They tried shooting both right handed and left handed and ended up sticking with left handed shooting. I’ve found that when new shooters are cross eyed dominate the majority end up shooting with their weak hand.

Here are the new shooters smiles:

Here are some pictures of the actual shooting (all the following photos are by Vic). The stance is poor but with a .22 I give people a pass on that until the grip and shooting process is working well. 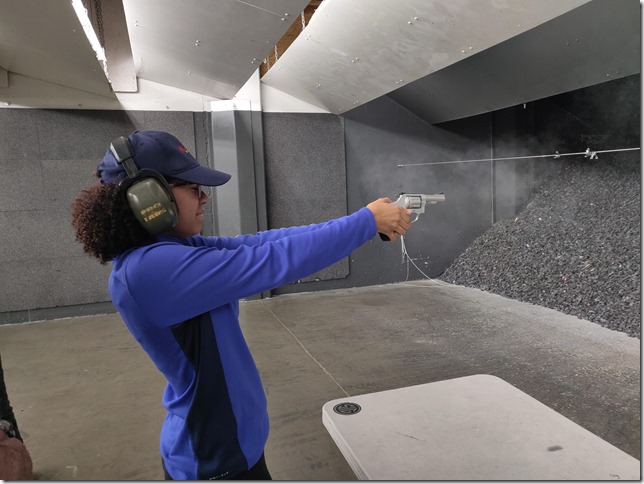 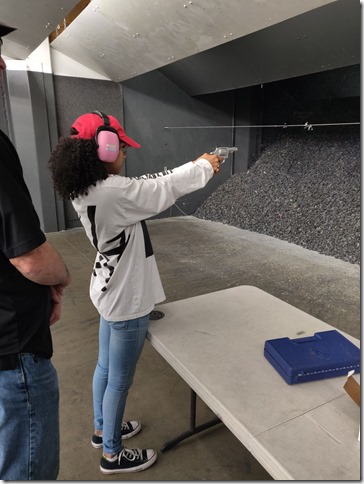 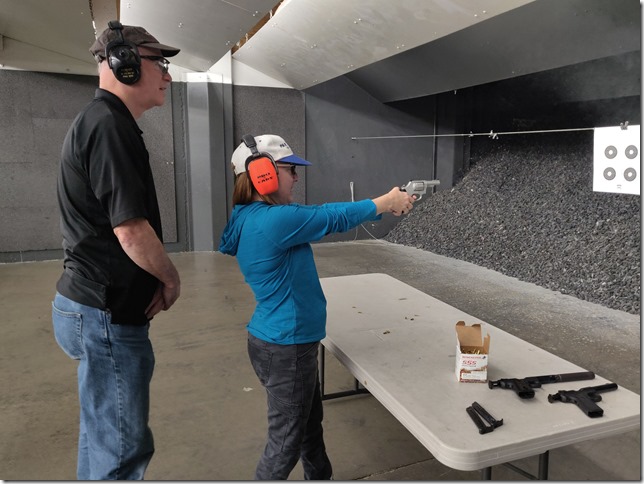 I did a little debriefing in the parking lot and when I asked if there were questions the first one was from one of the daughters, “Can we do this again?” I’m sure my smile was as big as theirs as I replied, “Of course!”

One of the daughters will be soon be going to college very close to the range and after she gets settled in she will be contacting me to continue her shooting education. 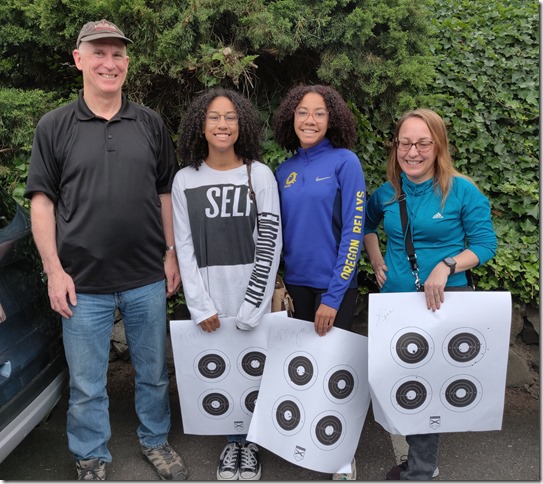