This is way late but better late than never.

Last month daughter Kim and her husband Jacob had some friends visit Idaho from Utah. Most of them had never shot a gun and wanted to learn. Kim was thrilled I was going to be working on Boomershoot stuff that weekend and brought them to me to learn to shoot.

A couple locals had more gun experience and also showed up to participate. I originally expect people would arrive around 4:00 and maybe leave by 6:00. They arrived about 1:30, but, whatever. That worked for me as well.

It was a hot day and we put up a small shelter to give us some relieve from the sun: 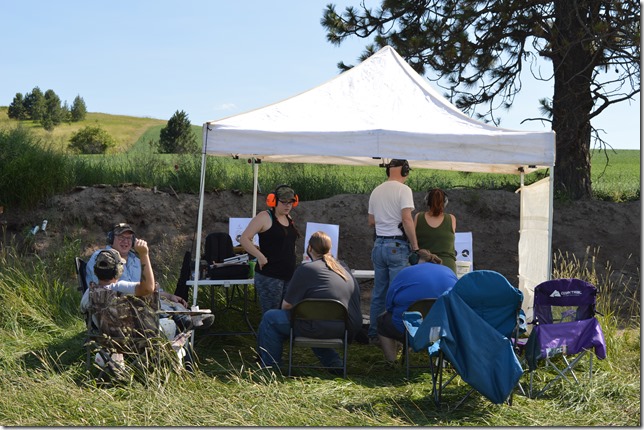 I did the usual by starting them out with safety rules, grip, stanch, and a suppressed .22. 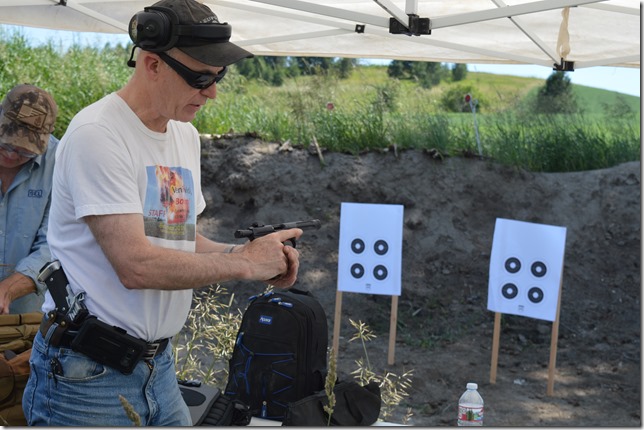 As you might expect, one of the more experience people needed a little more coaching to unlearn bad habits. The only pistol she had ever shot was a 9mm. She confess that when she pulled the trigger she always closed her eyes. Her hits on the target reflected this. With a little extra dry fire and coaching we got most of that cleared up and her targets looked much better.

After the suppressed .22 they shot the pistol unsuppressed. Then a .22 revolver. Then low powered .40 S&W loads. Then the rifles Kim and Jacob brought and other toys from the experienced shooters. We shot at the Boomershoot steel targets. We shot at USPSA targets. One woman shot a hundred or more rounds with the .22 revolver. For some reason she really liked it. Usually it’s only a couple cylinders before they have enough.

It went on and on with everyone seeming to have a great time. It wasn’t until about 6:30 when storm clouds were moving in fast that Kim said they needed to leave, “So Dad can put up his tent and his sleeping bag doesn’t get wet.”

It was just in time too. By the time I got back to my campsite I could see the rain less than a mile away and I only had time to stuff my gear into plastic bins. I visited brother Doug during the storm. I ended up spending the night at his place rather than putting up the tent in the rain at night.

Here are some of the pictures* from the new shooters as well as the more experienced ones: 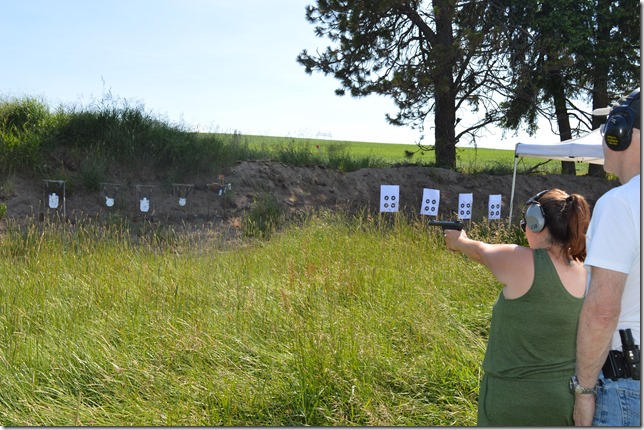 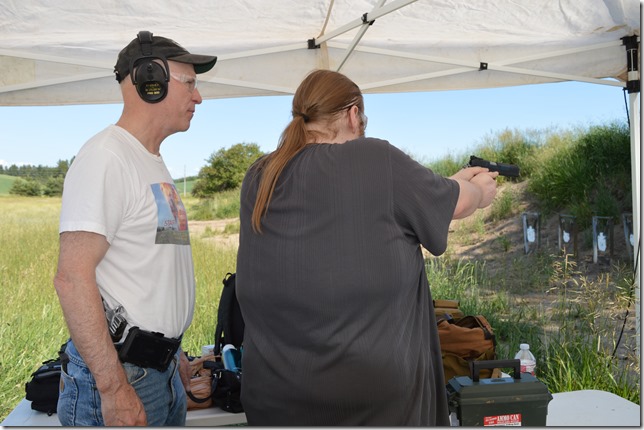 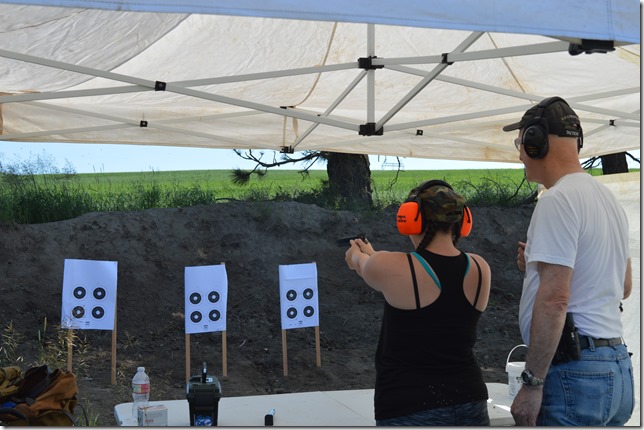 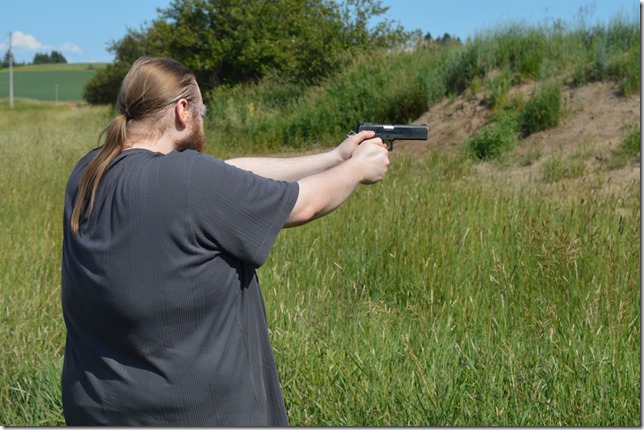 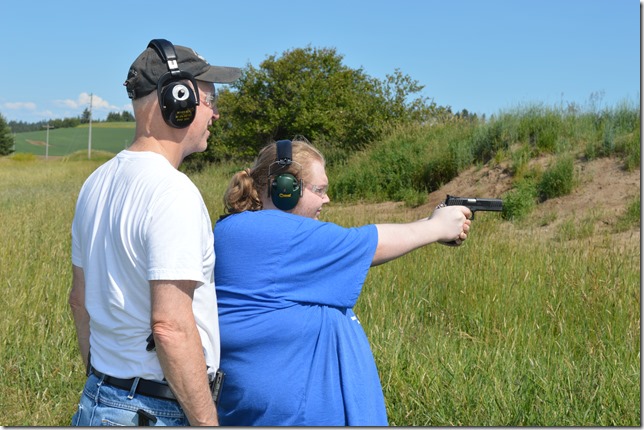 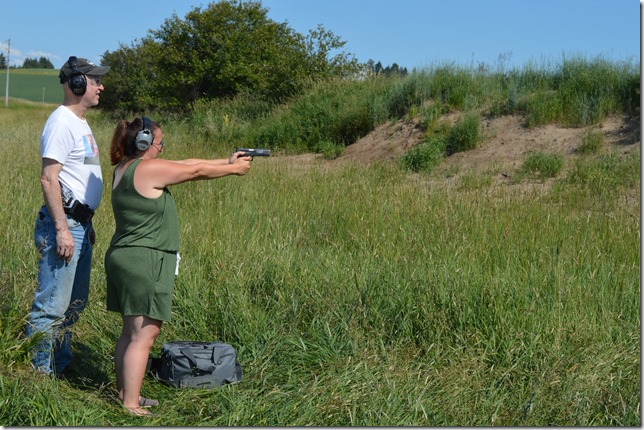 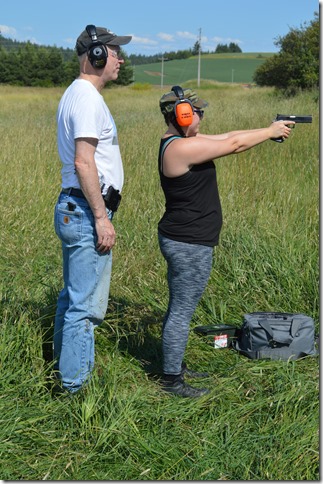 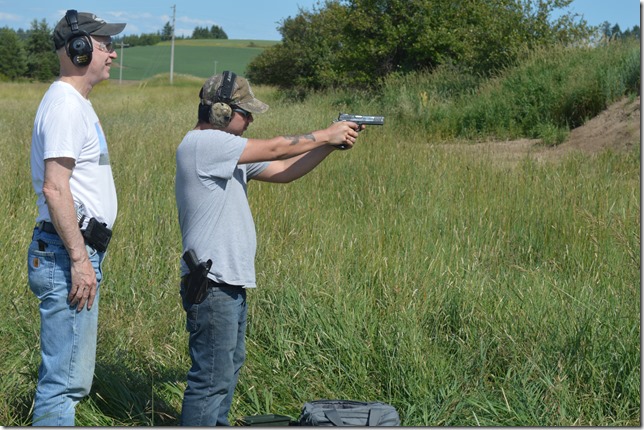 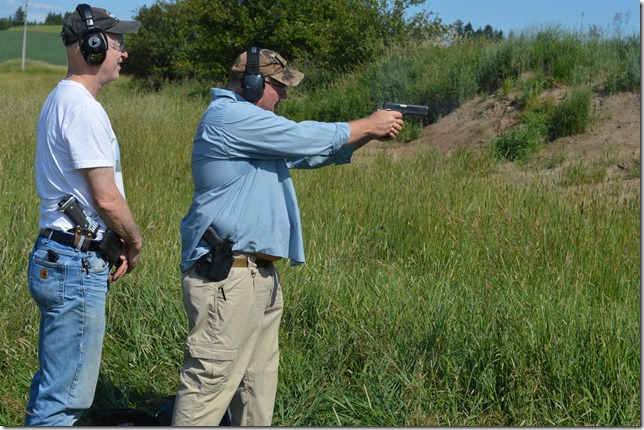 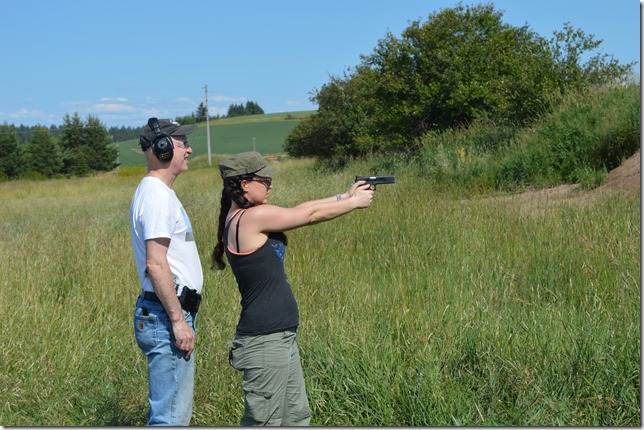 And of course there were the new shooter smiles: 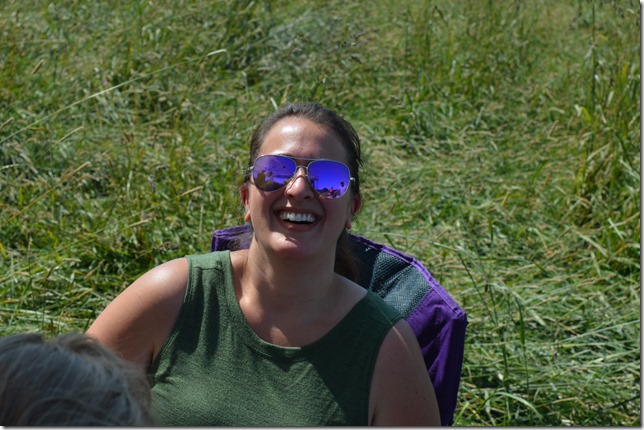 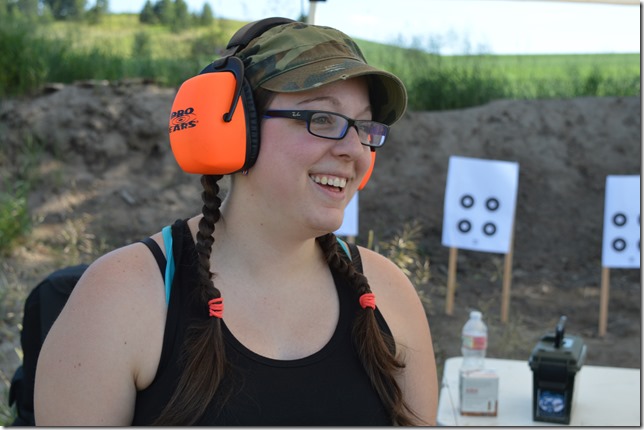 *Most of the photos were taken by Kim.