Disgusting anti-government violent rhetoric from Cherokee Guns in North Carolina. Threats against members of Congress, particularly minority members are and it is driven by the president’s racial rhetoric This is dangerous!!! 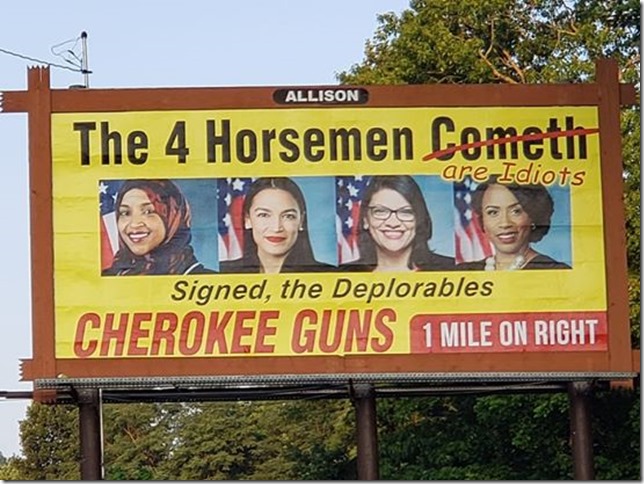 There is nothing “anti-government”,“violent”, or a threat in this.

It’s to be expected. Anti-gun people lie all the time. It’s part of their culture.—Joe]