Wait, FB, like…violence and death threats against Nazis are okay?

FB: “Whoever the media tells us.” pic.twitter.com/YhdGbUIma2 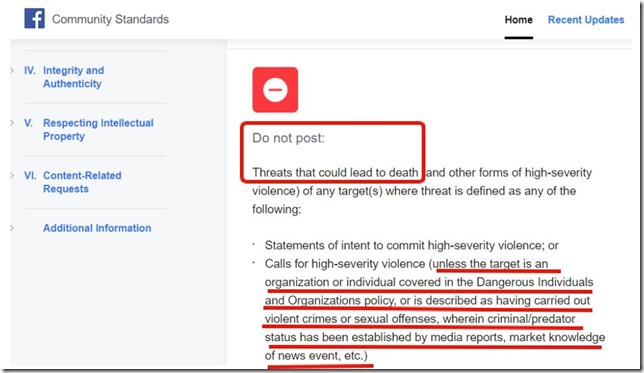 You have wonder if this is what it was like in the middle 1930’s for minorities in Nazi Germany. There was a double standard enforced by both society and government when laws and social norms were violated. And people just kept accepting the increasing levels of injustice. They must have thought, “This is crazy! It has to get better soon, right?”

No. It doesn’t have to get better from here. Mass hysteria can go to lengths that are unimaginable to people that haven’t lived through it.

Currently pointing out reality can get you censored, fired from your job, and banished from social media and by your friends. This bad, but not as bad as it can get. At many times and places insistence on reality has resulted in a death sentence.