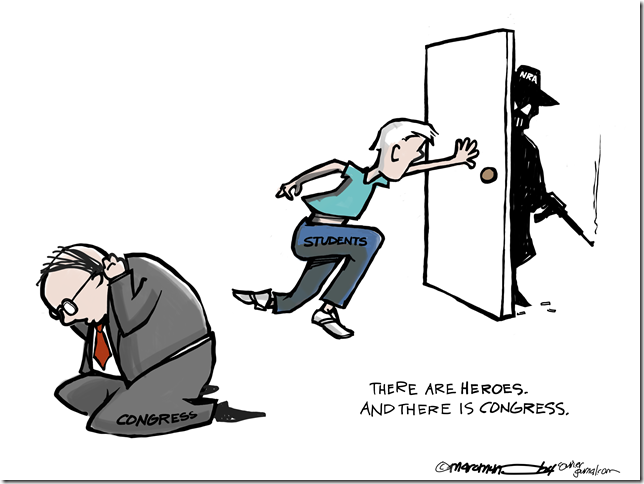 As I said yesterday, what congress is really “scared” of regarding the NRA is the votes and activists they can bring or take away from candidates.