Your gun doesn’t make your dick look any bigger. It just makes you look like a bigger dick. 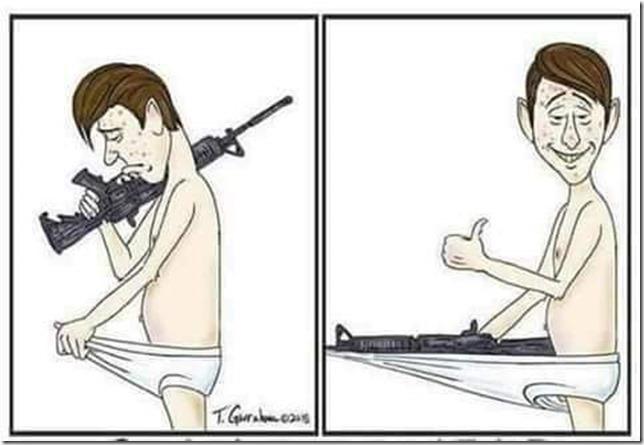