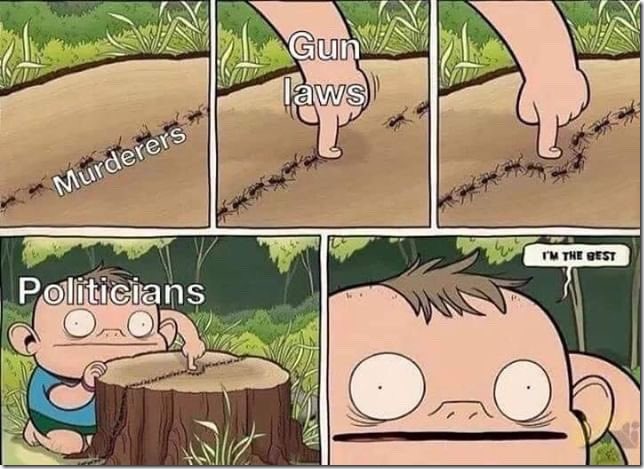 This obvious and universal truth enables us to realize gun control is not about murderers.