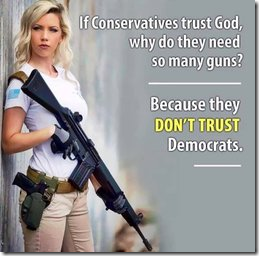 While true, there is more to it. Government in general cannot be trusted. And of course not all our fellow citizens can be trusted.

It is true that twice as many prison inmates identify as Democrats as all other political affiliations combined but it’s not close to 100%. And my impression is that ratio holds for convictions of politicians as well as common criminals. So while the meme above is substantially true it doesn’t tell the whole story.

5 thoughts on “Lack of trust”