The problem with socialism is that you can vote your way into it but you need to shoot your way out of it. 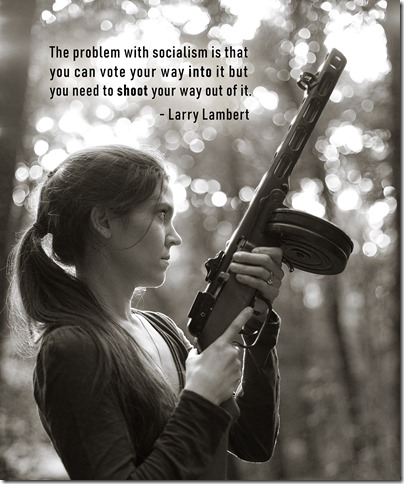 It’s not the only problem, but it certainly is a significant one.—Joe]

6 thoughts on “Quote of the day—Larry Lambert”