This last month I spent a lot of time prepping .300 Win Mag brass. I purchased the Belted Magnum Collet Resizing Die suggested by Bob B. That was an interesting experience. The die arrived a day later than I had expected it, which meant I was out of state for over a week when it arrived and I was unable to do any testing until I got back. And worst of all the website doesn’t say anything about it only working in single stage presses.

The die inserts from the bottom of the toolhead and the bottom of the die hits the index sprocket before it fully engages the cartridge case. The index sprocket was always a mystery to me. It seemed to be fastened in some way to the shellplate bolt. It would rotate independently from the bolt but would not come off. I figured that during assembly they had shrunk or resized the sprocket such that it would not come off.

I started filing away on the index sprocket on my Dillon 550 so it would allow the ram to raise high enough to fully engage the collet resizing die. When I realized that it probably was going to result in that tooth of the sprocket either being completely removed or so frail it would break I went online to order a new bolt and sprocket to use for reloading. I would use the modified one for resizing with the new die.

Much to my surprise the bolt and sprocket were sold as independent parts. I ordered a new sprocket to replace the one I had filed on. I went back to my existing sprocket and bolt and decided they were supposed to be separable. A vice and a few blows from a plastic hammer and they came apart. Well, that would make it easier to file or use the Dremel tool on the old sprocket. I was explaining what I was working on to Barb and all of a sudden I realized I no longer needed to modify the sprocket! I could just put the bolt into the shellplate without the sprocket and the new die should work fine.

I soon started resizing my oversized cases. It’s a little slow but it works fairly well. There are still a few pieces of brass that won’t go into the cartridge gauge but I have successfully resized hundreds of cases now. I’m almost done with the resizing. I then have to trim, clean the primer pockets, and clean a few hundred cases before I can crank out loaded ammunition. 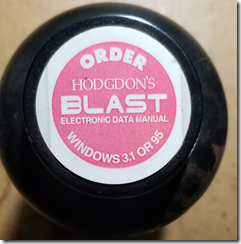 2 thoughts on “Rounds in the last month”