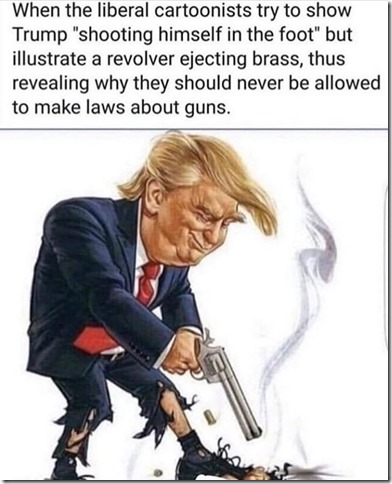 The text is in error. It’s a rare cartoonist which makes laws. And there is no :allowing” required for a cartoonist to make a fool of themselves.

However, I would agree that those who make this gross of mistake regarding their subject matter should be shamed and then ignored.

3 thoughts on “Illustrating their extreme ignorance”