In 2015, the year former Mayor Ed Murray declared a state of emergency over homelessness, Seattle budgeted about $50 million to address the crisis. Four years later, Mayor Jenny Durkan’s recently released budget proposal calls for about $90 million in homelessness spending next year, and Seattle’s City Council is looking to add more. 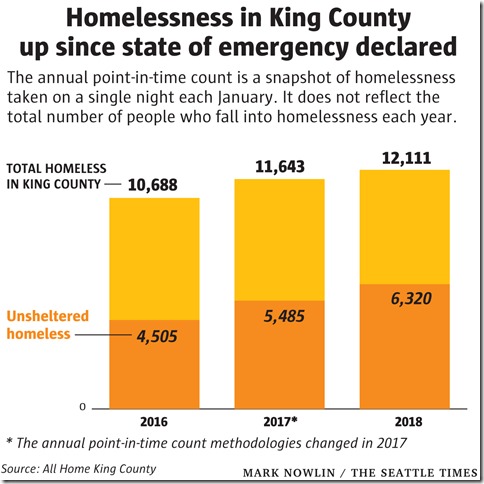 It’s a extremely basic lesson of economics. If you subsidize something you will get more of it. By making it easier for people to live with little or no income more people are tempted to go that route and to move here from other places.