Gab is essentially a Twitter clone without shadow bans and account suspension of non-liberal viewpoints. It prides itself on free speech but does have terms of service which say that users are not allowed to advocate violence. This resulted in their phone apps being refused by Apple and Google.

That was until yesterday.

The murderer in Pittsburg had an account on Gab.com. As soon as they were notified the murderer was one of their users they took action. I can’t find the exact tweet right now but as I recall it they said:

This is your big question? lol okay.

1. We suspended the account after backing up the data to give to the FBI and DOJ
2. When we did this, the username became availible for a short time.
3. Someone created a new account and got the username.
4. We then locked down the username

Here is what you see if you go to gab.com or gab.ai now:

Gab.com is under attack. We have been systematically no-platformed by App Stores, multiple hosting providers, and several payment processors. We have been smeared by the mainstream media for defending free expression and individual liberty for all people and for working with law enforcement to ensure that justice is served for the horrible atrocity committed in Pittsburgh. Gab will continue to fight for the fundamental human right to speak freely.
As we transition to a new hosting provider Gab will be inaccessible for a period of time. We are working around the clock to get Gab.com back online. Thank you and remember to speak freely.

They made a public statement published on medium.com. That page no longer exists.

BREAKING: http://Gab.com is now banned from Paypal “just because.” 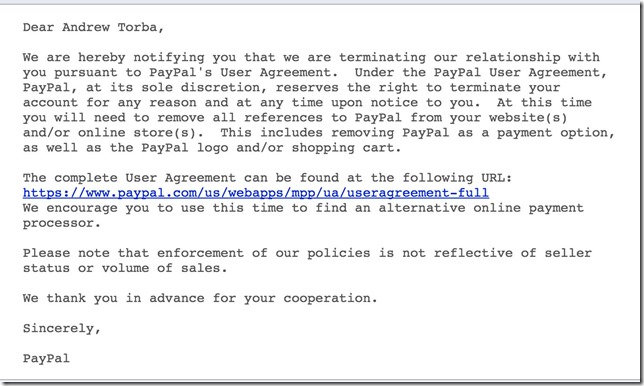 Breaking: @joyent, Gab’s new hosting provider, has just pulled our hosting service. They have given us until 9am on Monday to find a solution. Gab will likely be down for weeks because of this. Working on solutions. We will never give up on defending free speech for all people. 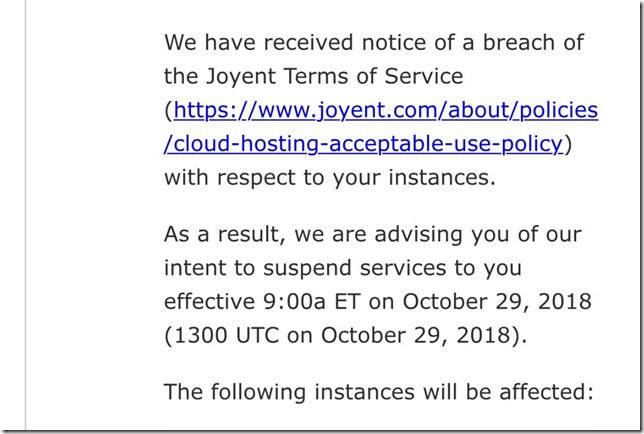 BREAKING: @stripe is likely going to ban us. We gave them plenty of documented and detailed evidence. The no-platforming continues. 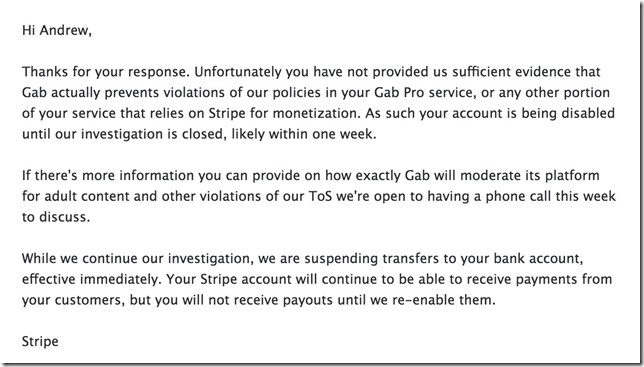 BREAKING: @GoDaddy is threatening to suspend our domain (which is worth six figures) if we do not transfer to a new provider by tomorrow. This is madness. @realDonaldTrump @parscale I hope you are paying attention. 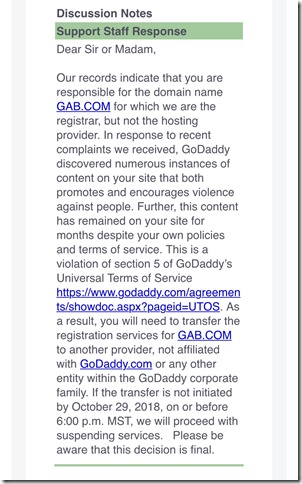 It’s not just guns the political left hates. It is free speech. It is you.

Next week, vote their representatives out of power.

8 thoughts on “It’s not just guns they hate”