WACOPS believe that Initiative 1639 contains provision that are in clear violation of both state and federal individual constitutional rights, which, as law enforcement, officers, WACOPS members are sworn to uphold. In addition to the constitutional issues, this 30-page initiative, if passed, would impose significant restrictions on a citizen’s ability to possess and access commonly owned firearms for lawful self-defense. The measure is complicated and confusing, and we don’t believe it will result in good public policy or improved public safety.

Teresa Taylor
Executive Director Washington Council of Police & Sheriffs
Email to National Rifle Association of America
October 1, 2018
[H/T to NRA-ILA for the above quote and this image: 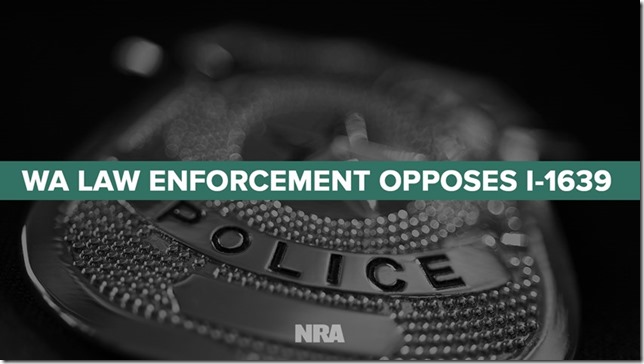 1 thought on “Quote of the day—Teresa Taylor”