As I posted yesterday two new shooters, Chris and Vic, were preparing for todays steel match at Holmes Harbor Rod and Gun Club on Whidbey Island. We were on the same ferry and chatted on the way across the sound:

Today’s stages were a bit more difficult than usual and prone to penalties:

Stage one, above, required the shooter to shoot the white plate four times then shoot the yellow stop plate. This was fairly easy but I was handicapped by the fact that I can’t count very fast. They told me after I had finished that I was shooting the white plate five times instead of six.

Ignore the cardboard to the left of the two steel plates.

Stage two was one of the tough stages. It was very easy to hit the stop plate and incur the miss penalties for the white plates not yet hit.

Stage three was a much more typical stage but it was still a bit difficult with the two small plates on the right.

Stage five was rather evil. Four large plates and then a tiny plate in front of a “no-shoot” plate (I’m pretty sure this is outside the rule book of any steel match types I have ever seen). A hit on the “no-shoot” plate incurred a six second penalty.

This deer can be seen in the picture of stage five. Look at the center of the pictures at the top of the berm. It left as soon as we started shooting.

I thought stage four was the easiest stage. But compared to me, Vic and Chris actually did better on stage five

This is Vic shooting stage 1.

I also shot in the centerfire, iron sighted pistol division:

Update: Vic gave me some pictures he took—with his drone: 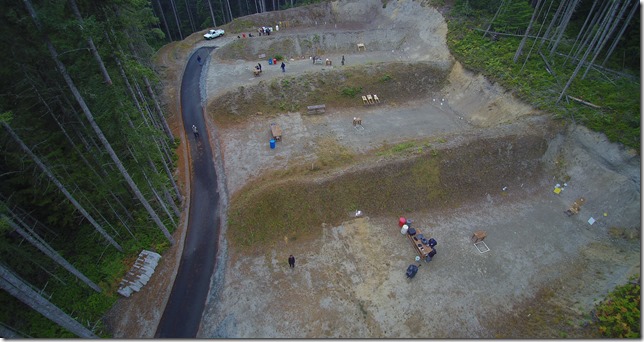 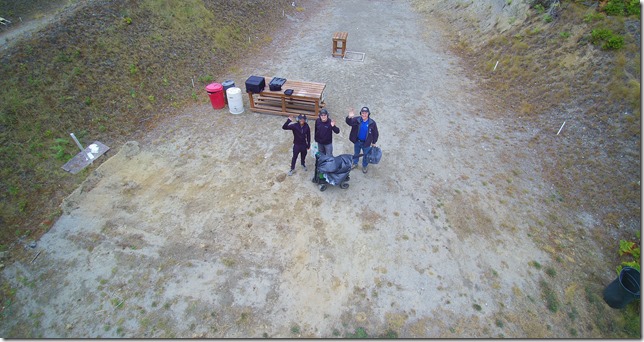