That pile of cash is the Venezuelan equivalent of one US dollar. Behold the power of socialism. 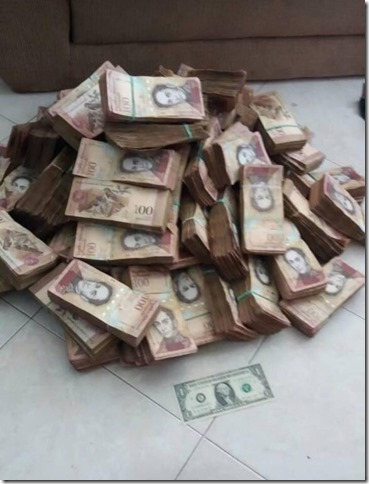 Cam Edwards @CamEdwards
Tweeted on July 23, 2018
[The destructive power of socialism is absolutely amazing. No other political system has been so well tested and proven again and again to be such a threat to property and lives. Only an “intellectual”, completely out of touch with reality, could honestly advocate it as an improvement in the living conditions for the majority of the people.—Joe]

10 thoughts on “Quote of the day—Cam Edwards”