I-1639 is almost for certain going to be on the Washington State ballot this fall. This draconian initiative defines any semi-auto rifle as an “semi-auto assault rifle”. This includes those with tubular magazines firing .22 LR ammunition.

Oleg has a blog post and image for us: 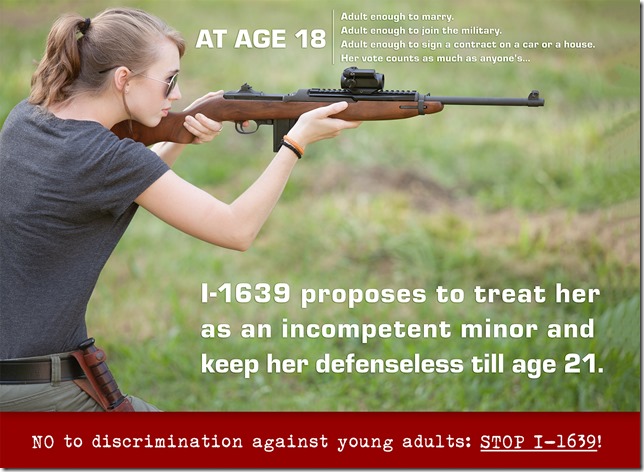