After further examining and scrutiny of printed text on an official I-1639 petition it is apparent that language designated to be changed or removed is not “lined out,” nor are proposed new statutory additions underlined as they appear in the version submitted to the state and published on the Secretary of State’s website.

If petitions being circulated are not “true and correct” it is agreed that we must challenge these petitions and have them legally invalidated.

Since the outset of I-1639, our campaign has raised questions about not just the unethical nature of the initiative and its backers, but also the unethical gamesmanship of the public policy process.

Phil Watson
Committee Chairman
Save Our Security | NO on I-1639
https://saveoursecurity.net
[Regarding a petition intended to be put before Washington State voters this fall. 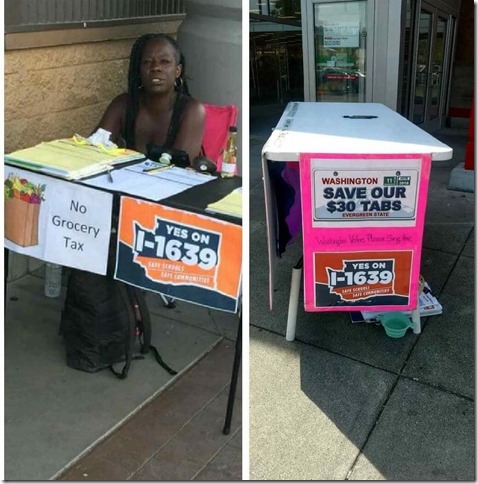 They have to lie to win. Lying has become a part of their nature. I suspect they literally cannot resist the urge to lie. These are evil people committing evil against the people of this state. The signature gathers, the signers of the initiative, and especially the people financing this fraud are conspiring to infringe the rights of Washington State citizens and should be prosecuted.

And via email from Brian Keith: 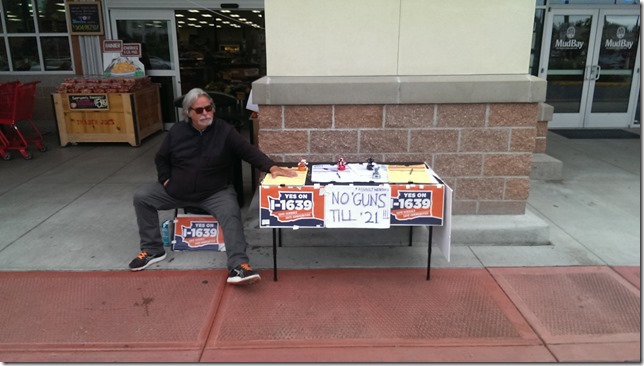 The sign on the right says “protect kids from guns.”

This is at Trader Joe’s in Seattle.

So we have a few lies here:

A law can protect a kid from violence

A 18 year old would only be hurt by owning a gun, and wouldn’t be defending themselves

So, crap for brains, or knows they are lying and just wants power at any cost?

3 thoughts on “Quote of the day—Phil Watson”