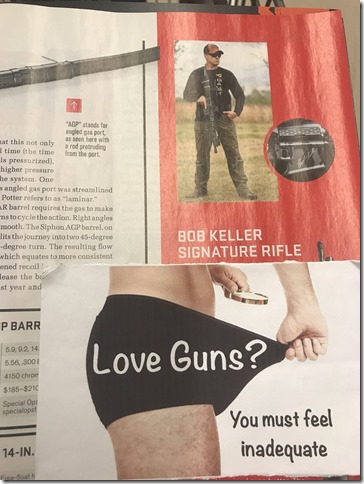 The fixating on strangers’ genitalia is par for the course with #guncontrol extremists – hence #MarkleysLaw (@JoeHuffman).

The simultaneous calling for the murder of ~6,000,000 peaceful Americans by way of the #NRAIsATerroristOrganization tag? Ironically, that’s why we own guns.

They declare us terrorists then we get stubborn about giving up our guns. Odd how that works out. You would think they would be smarter than that. I mean, how much dumber could they be?—Joe]