Via email from Barron 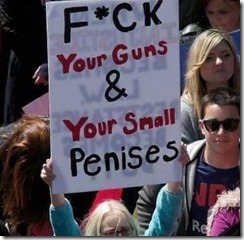 With such smart people as opponents, delivering such clever arguments, we might as well give up right now.

Or, we could just add them to the list of people who resort to Markley’s Law in the first few seconds of discussion and laugh at them.

4 thoughts on “Such a clever argument”