With all the anti-gun owner stuff going on when the NRA called last month I immediately upgraded my membership: 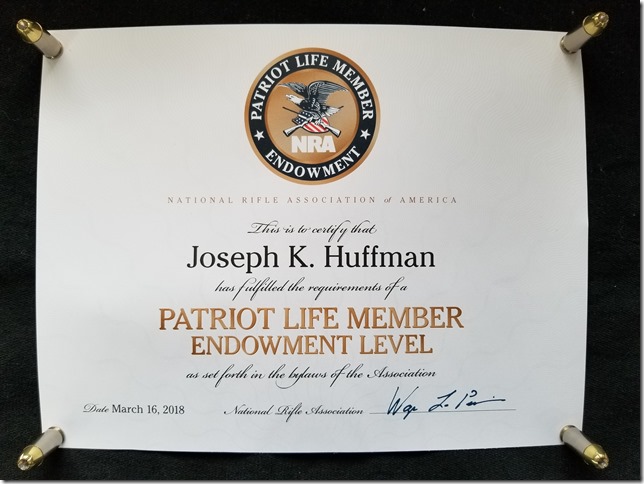 When some Republican fundraiser called me yesterday I told him, “I’m very nearly a one issue voter. I care about gun ownership rights. You guys just passed a bunch of gun control stuff. We are done! I’m giving my money to the NRA. If you want it you need to earn it from them.” He tried to keep talking but I hung up on him.