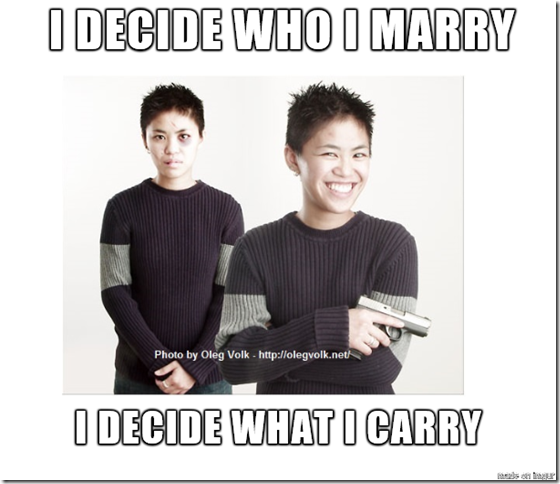 The set of potential mates which I might have an interest in is fairly small and, assuming they are all consensual, is no one’s business but mine and theirs. No politician has any moral high ground in deciding who I want to spend my life with.

And whether I want to carry a two shot derringer, a 9mm with a 21 round magazine (STI DVC Limited with 140mm magazines), or a five shot revolver is my choice. I know my situation and capability better than any politician. No politician has the moral authority to say I can or cannot carry a firearm to defend myself or other innocent people.

No politician has the moral authority to say I can or cannot marry or carry. If they insist they do then whatever “crime” occurs is on them. They created the crime. I did not commit a crime.

4 thoughts on “Marry or carry”