Today I participated in a Steel Challenge match at Renton Fish & Game Club. It was a very rainy day and participation was down from normal.

They put up awnings and with rain gear from head to toe I stayed dry. My fingers got a little cold when I was running the scoring tablet or the timer and couldn’t wear my gloves. But I was comfortable enough.

The bays had huge puddles of water in them (or “Almost pond status.”, as Barb described bay 4): 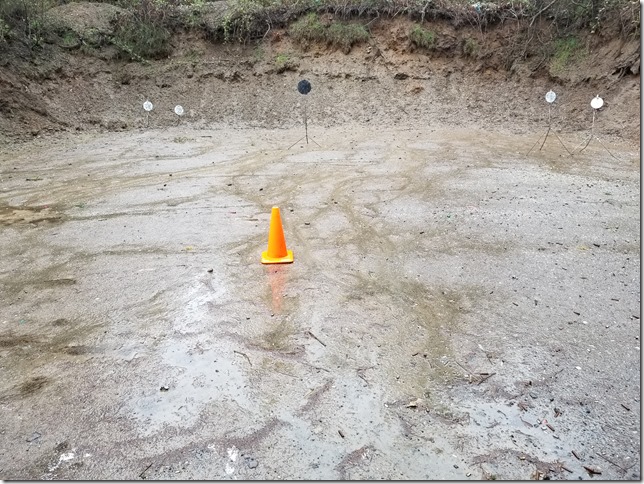 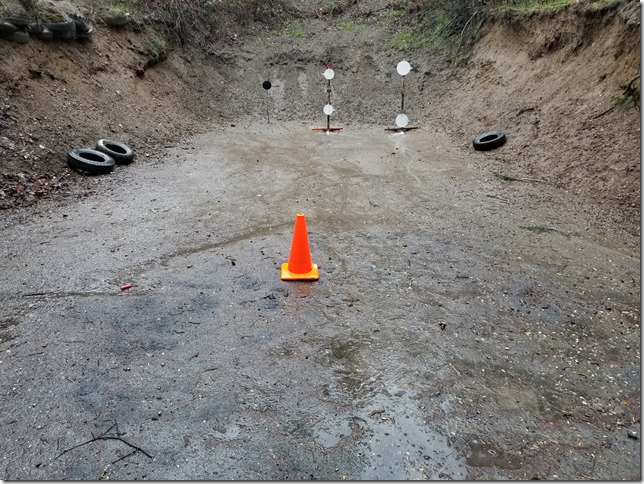 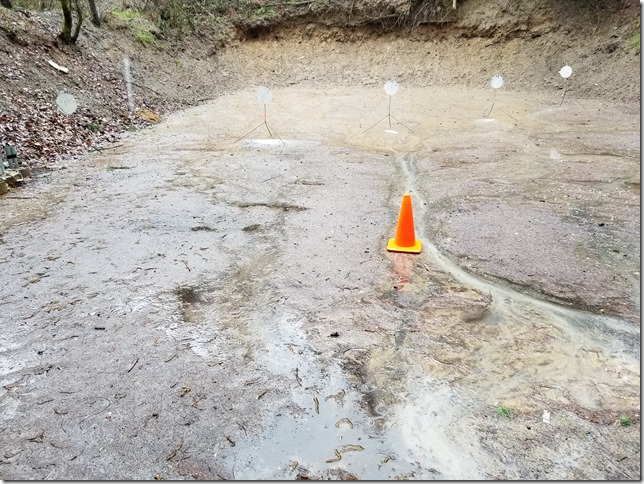 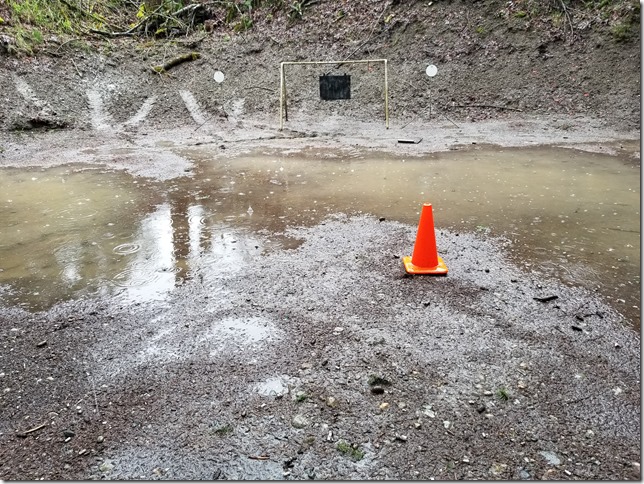 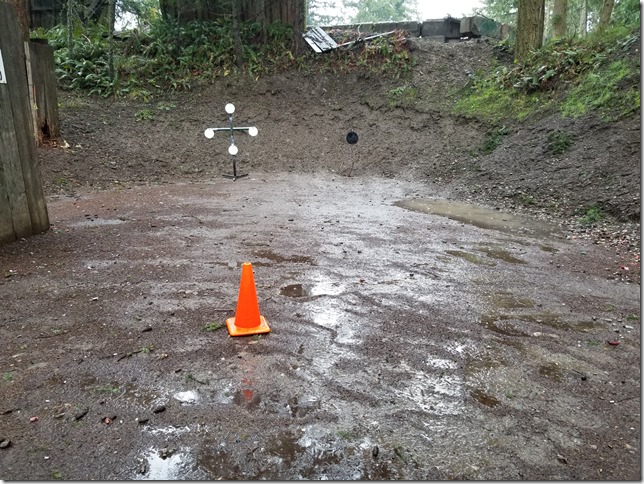 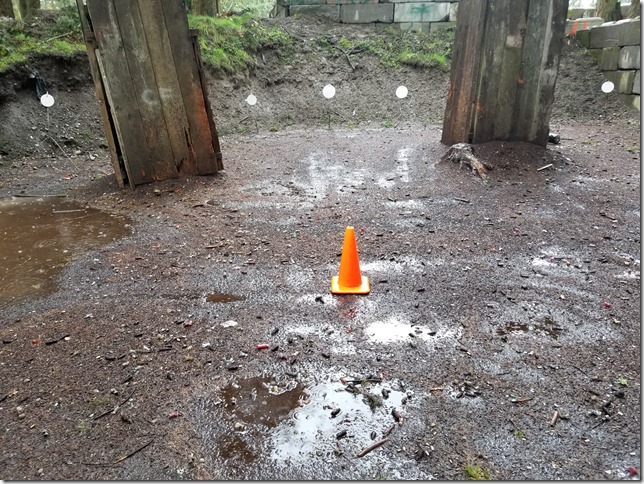 I had a few problems with some of my magazines. Some of the magazines for the Ruger Mark III 22/45 and one of the STI DVC magazines were slow to push the rounds up after the one on top was removed. Two weeks ago I had that problem with the Ruger magazines at Holmes Harbor Rod & Gun Club. I cleaned all the rimfire magazines with an ultrasonic cleaner and lubricated them with a Teflon Non-Stick Dry Film Lubricant. I figured they were all good to go. But they weren’t. And the one STI magazine had the same problem. After the first stage I put all the slow magazines aside and didn’t have any more problems. Those magazine are going to get some special attention from me to make sure they don’t cause problems again.

As I was shooting the match everything felt really slow. I realized the targets were smaller than what we usually have at Holmes Harbor and the spread of the targets was sometimes much larger, but it seemed like I had to really slow down to get consistent hits.

I thought I did okay. I only had one direct competitor in my squad with the centerfire pistol iron sights category. And no competitors with my rim iron sighted gun. Most were shooting open division guns and rifles. So it was a little tough to tell.

Taking into account my equipment problems and things seeming to take longer than they should I was quite surprised to find I won both of my divisions:

I have never won a match, of any type, at Renton before. It guess it was worth it to shoot in the rain when a lot of the competition was smart enough to stay at home and keep warm and dry.

4 thoughts on “Shooting in the rain”