This has more than a little truth to it: 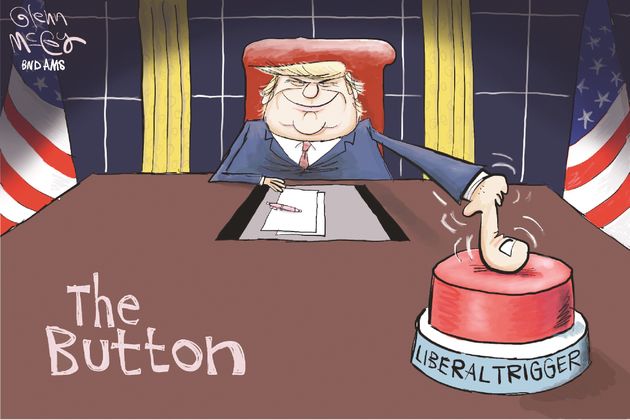 Daughter Jaime describes the situation a little differently. She says it’s like President Trump has a laser pointer and the political left is a bunch of dogs chasing the dot of light.

I can see that.

6 thoughts on “The button”