When Kim and I were at the Boomershoot site last week there was some snow on the ground and occasionally in the air. We plowed some snow with my vehicle as we wandered around doing various things. We replaced the battery for the solar powered lights at the Taj Mahal, inspected the repaired driveway into the shooting area, removed snow blocking the weather station aerometer, removed snow from solar panels, and removed one of the webcams for the Boomershoot Live web page. The road webcam was just mounted temporarily with wire and I don’t think I have enough solar input to handle two webcams during the middle of winter. I removed the road cam until next spring and will have a permanent mount made by then.

Pictures below the fold. 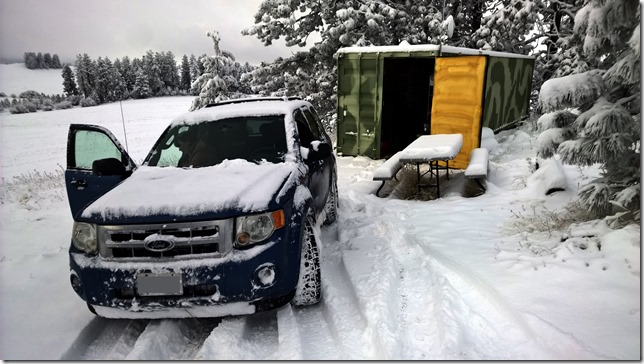 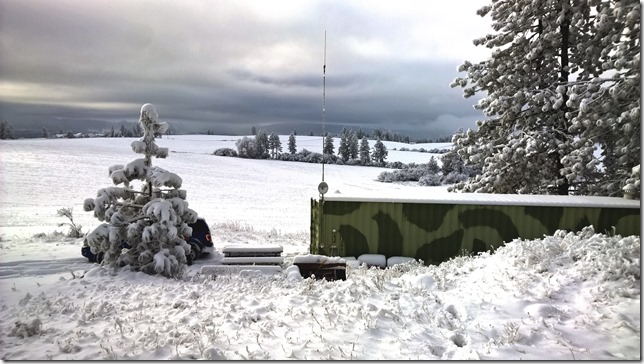 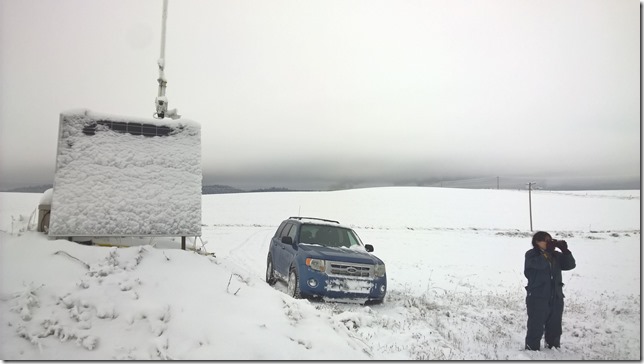 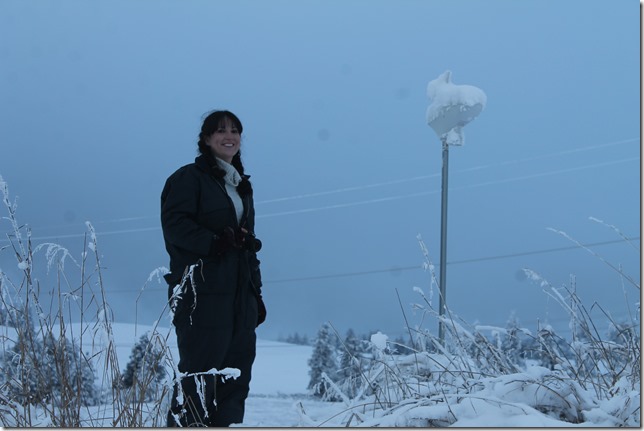 You can see why the wind speed indicated exactly zero and the wind direction was constant for several hours: 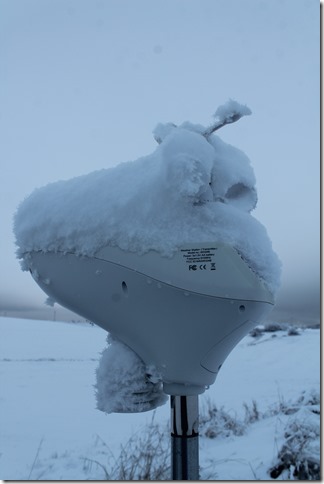 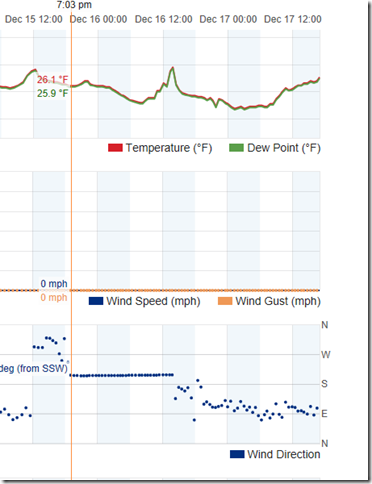 This is after I removed some of the snow: 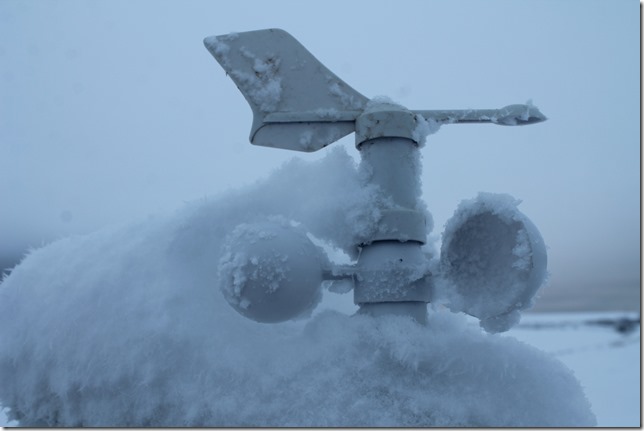 Barb was occasionally watching the webcam and at 1:16 PM sent me text message:

The sky is looking pretty dark there…

Yup. There were some really dark clouds around us . 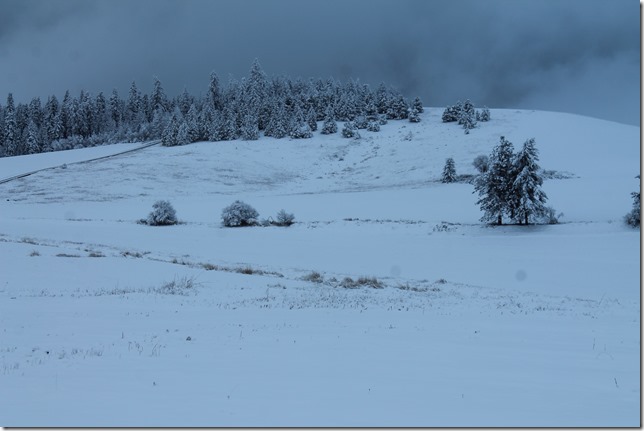 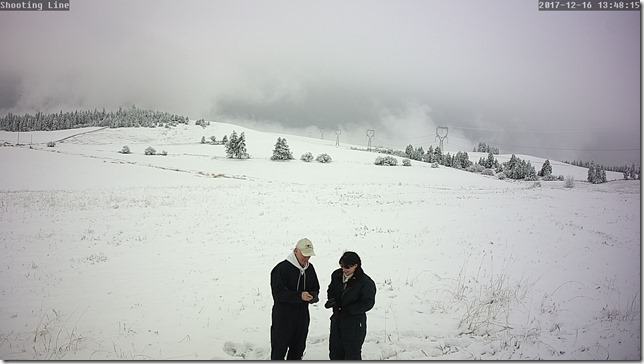 Today I looked at the webcam and weather history and found it had snowed more and it is much colder. Currently (about 18:30 PST) it is -4.5 F and falling. The 10-day forecast is for it to never get above 29F with almost a 90% chance of snow Christmas morning. It’s going to be a white Christmas at Boomershoot this year. 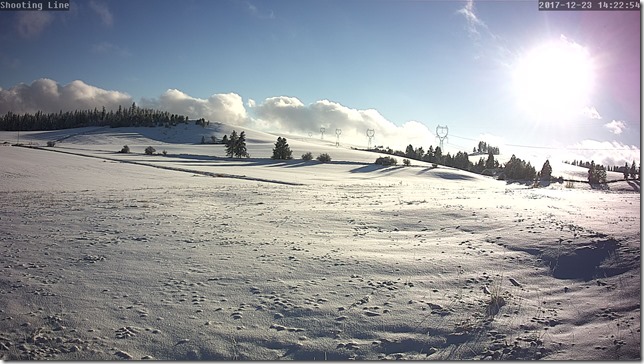