Less than three weeks ago Barb and I were in Columbia where, with the humidity, the temperature felt like 114F: 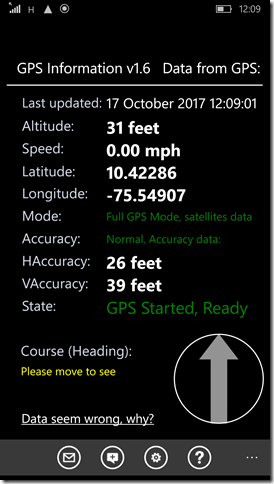 We left there and for four days cruised north through the Caribbean Sea, within a 100 miles of Cuba, to New Orleans. Even in the middle of the night you could stand on our stateroom balcony with little or no clothing and be uncomfortably warm. It was during this time that Barb won Miss Norwegian Pearl by stripping down to her bikini. We were soaking up the heat and humidity before returning home. 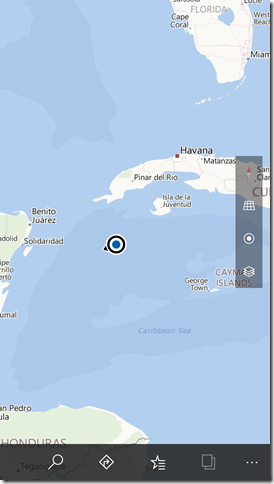 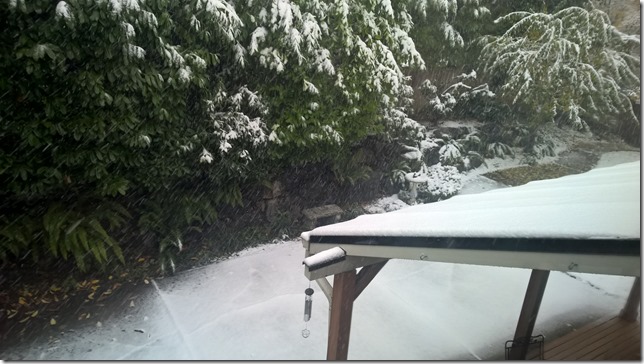 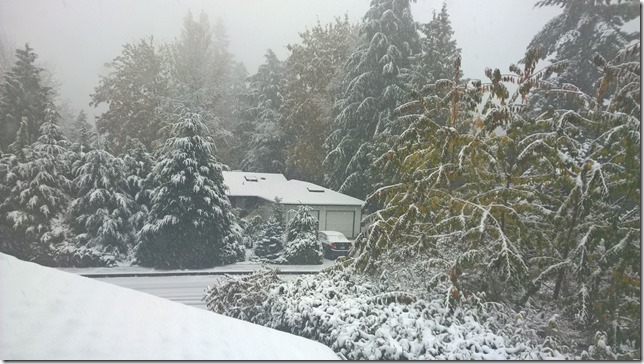 Today, with the continuing large delta T and Barb’s surface area to mass ratio approximating infinity, she ran out of heat to give up to the environment. Even with thermostat set at 71F she had to put on multiple layers of clothes, a fluffy sweatshirt, and put the hood up over her head. Her hands still felt like ice cubes: 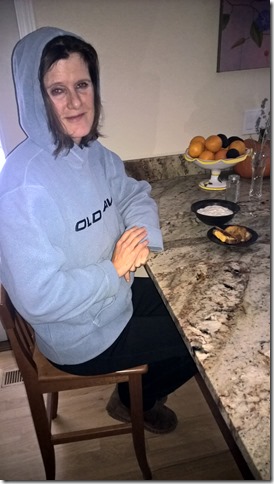 She now has plans to visit Arizona.