Guess what I gave Kim (daughter, and target production manager for Boomershoot) for her wedding present (she and Jacob are now married):

It’s not just any rifle:

I also gave her 150 rounds of 30.06 ammo which was loaded to .308 Winchester velocities. She wants to go hunting and didn’t have a rifle for that. Now she does. And it’s in the same caliber as Jacob’s hunting rifle.

Update: Here is a picture of them shortly after saying “I do.” 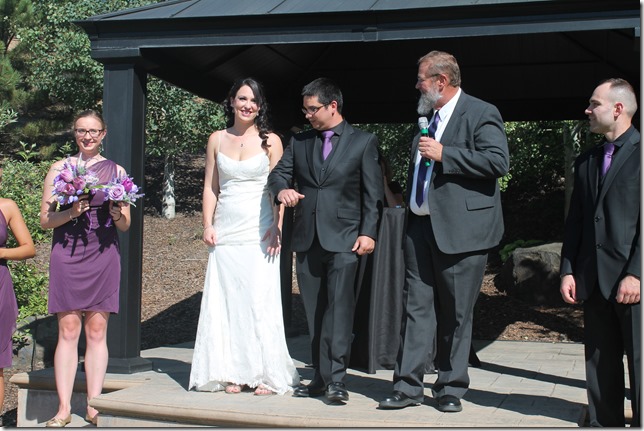