I am in the process of renewing my ATF license to manufacture high explosives. For some reason I can’t find anywhere in the U.S. Constitution where the Federal government has been granted the power to regulate the manufacture and consumption of explosives entirely on my property, entirely within the state of Idaho.

So, in keeping with the current “resist” political theme of the last few months, I’m bravely sending the renewal form to the ATF with a “Freedom Forever” stamp. 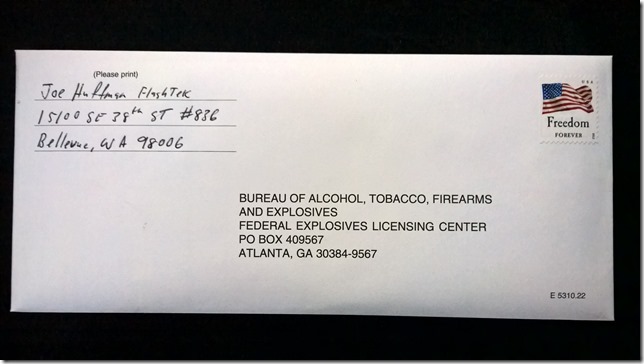 I suspect no one at the ATF will perceive the irony and my resistance will be futile.

6 thoughts on “Resistance is futile”