As seen on Gab.ai (posted by Deplorable Comrade Katrina) 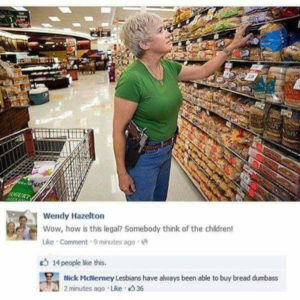 The question and reply indicate a rather different perception of the situation.