Boomershoot 2017 is complete. It was all wrapped up earlier than ever before due to a number of issues. I’ll get into them in a later post but the bottom line is it went well even though it was extremely muddy.

One of the last things Barb and I did before heading down the hill to the motel was to take down the webcam at the road pointing at the shooting area. When we parked Barb suggested we scrape some of the mud off the trailer with the rakes we use for cleaning up target debris. We giggled as we did this after Barb pointed out it was rather amusing to be scraping mud off with a rake. I then wanted to get a last webcam photo with us in a Norman Rockwell pose, as she pretending to do in the first web came image. 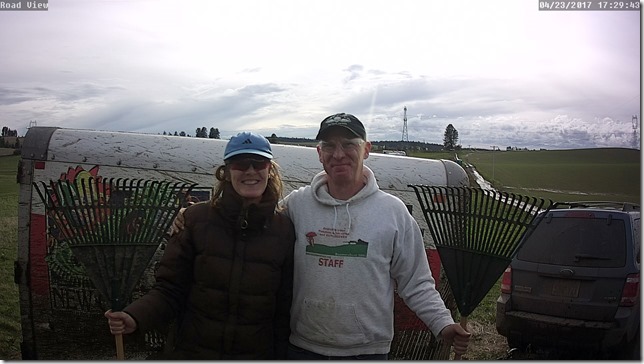