The chances of meaningful gun legislation either nationally or in more than a handful of states is remote for the foreseeable future. Nor can anyone expect a national public health campaign comparable to the “Friends Don’t Let Friends, Drive Drunk” government effort that played a key role in reducing drunk driving deaths by 50% over the past 30 years.

Fascitelli compares gun ownership to drunk drivers? Yes, that’s really what he thinks of you.

So, he wants to talk about accidental death reduction over the last 30+ years? Okay, I’m game. Here is the data I downloaded from the CDC on accidental firearm deaths.

I can’t say that it is cause and effect but the NRA Eddie Eagle program (gun safety for children of any age from pre-school through third grade) was developed in 1988. And there was a big push for more NRA firearms instructors in the mid 1990s. 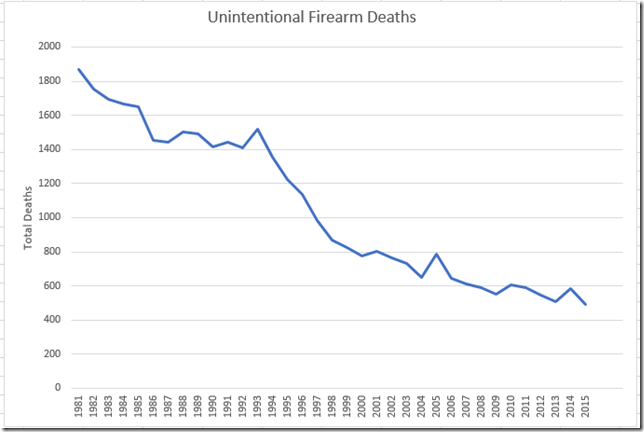 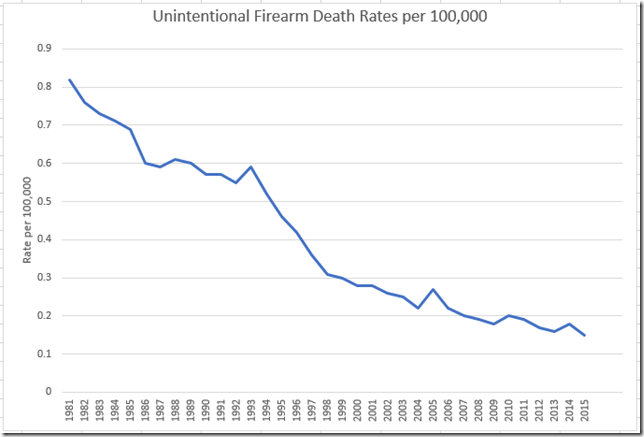 But don’t expect Fascitelli to want to talk about the successes of the private sector or gun organizations. It’s not about safety. It’s about government control.—Joe]