I don’t need any brass at the moment but it appears Chicago is where to go to restock. Via The Onion: 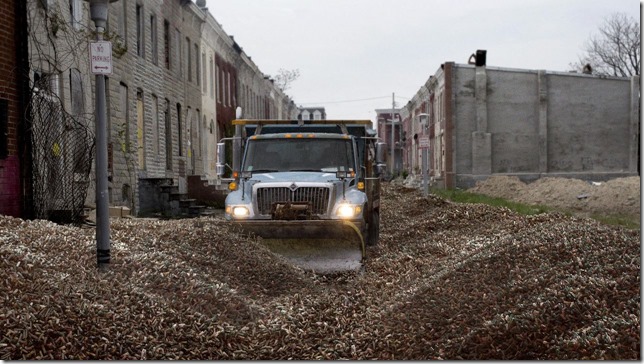 Promising that every effort would be made to limit the impact on residents’ day-to-day lives, Chicago officials announced Wednesday that a fleet of plows was working around the clock to clear more than 18 inches of fresh bullet casings that had blanketed the metropolitan area overnight.

Sources at the city’s Department of Streets and Sanitation confirmed that over 250 ammunition-removal vehicles had been deployed to deal with the knee-deep layer of spent cartridges, which have been steadily accumulating on Chicago’s streets, alleys, and pedestrian walkways since the previous evening.

There must be a fair amount of lead available for reclamation as well. Of course a significant portion would have been claimed by the hospitals.