President-elect Trump has better coverage than Verizon. Can you hear us now? 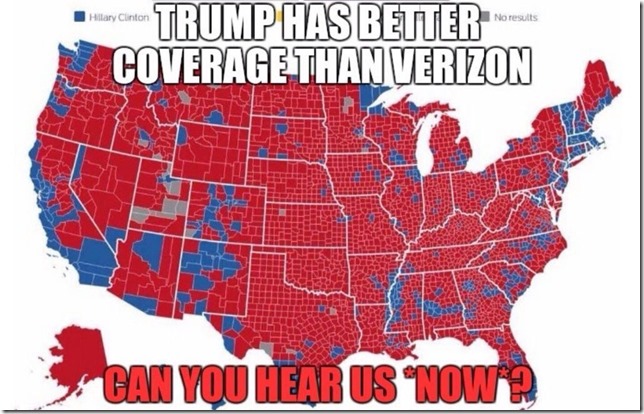 The way the cell phone providers measure coverage is in terms of “pops” (the population of people who live where they have cell phone service from that carrier). So, technically, if you are measuring the “pops” in the red (Trump carried counties) the fact that large population centers did not vote for Trump probably means Verizon “pops” exceed Trump “pops”. But still it is a message the Democrat party heard. I’m not sure they understood it correctly and I’m not sure they will figure it out and respond appropriately, but they certainly did hear it.—Joe]