Yesterday I attended the steel challenge match at the Renton Fish & Game Club.

Here are pictures of the stages (and, it was raining, the mud): 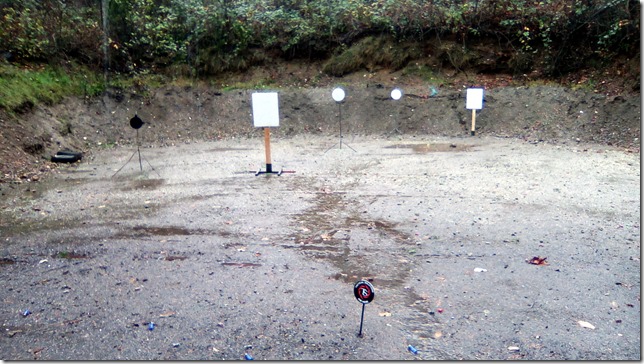 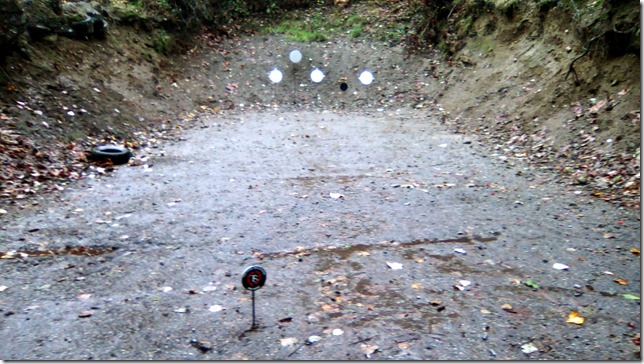 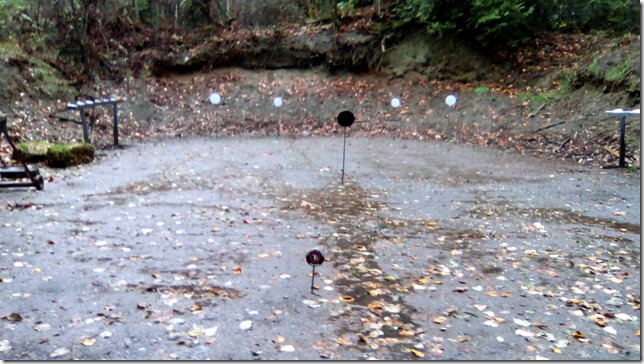 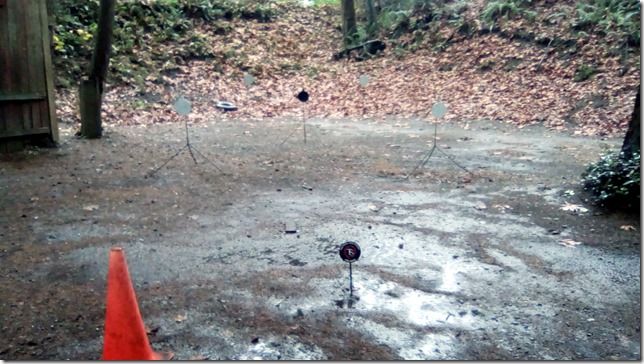 I was surprised to see a Hillary 2016 sticker on one of the vehicles at the range but less surprised after I got a little closer: 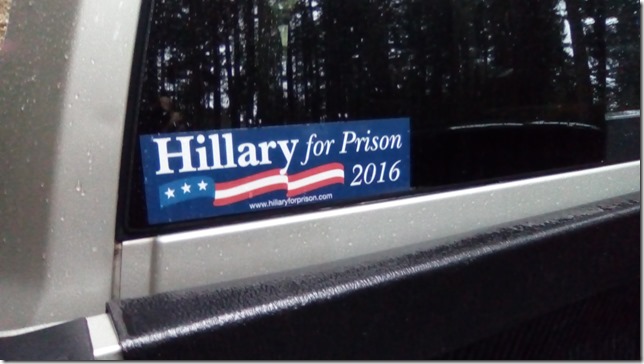 I came in second with rimfire pistol with iron sights (RFPI):

My average time per hit with RFPI was 0.846 seconds and with ISP 1.083 seconds. This compares to the 0.6783 seconds and 0.8440 seconds at the match last month at Holmes Harbor Rod & Gun Club. The stages were much harder. Many of the targets were small and fairly distant compared to what we see at Holmes Harbor. This was reflected in the scores of others who frequently shoot at Holmes Harbor as well. For example Steve Mooney in the RFRO division (winner of the division) averaged 0.533 seconds per hit this month compared to 0.4728 last month. In OPN division Jeff Kanter averaged 1.239 seconds per hit this month compared to 0.9911 last month. So, Steve took 1.127 times as long, Jeff took 1.250 times as long, and I took 1.247 times as long with rimfire and 1.283 times as long with centerfire. So I’m pretty sure it was mostly stage design differences which account for the increased times.